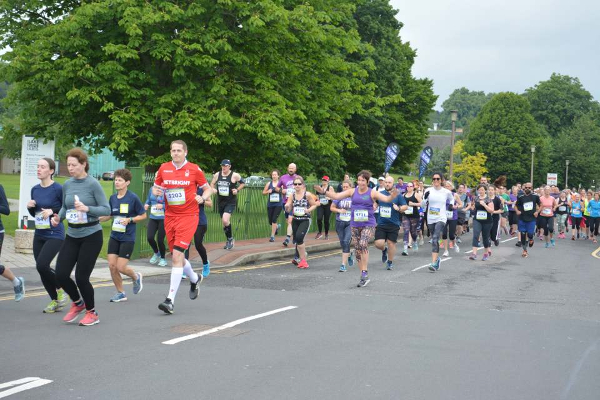 There was plenty to shout about at the Asda Foundation Nottingham 10K (Sunday 16 June). These were a new venue, new route and outstanding volunteers with one young lady making it a day to remember for many.

Part of the Asda Foundation series from Run For All, the Nottingham 10K was held at a new location that proved to be a popular decision. They moved to the scenic University of Nottingham campus following a partnership between the events company and the university with the race opened by the official Robin Hood, Tim Pollard.

The race started and finished at the campus and was held on a hilly course that included a 400m uphill stretch at the end. A team of pacers from Long Eaton Running Club did a sterling job of helping runners to a PB along with musical accompaniment from a band at the 9K mark.

The marshals played an important role from assisting a runner who arrived late to escorting others to the start line. They cheered people as they passed with some particularly vocal encouragement from Kevin Barry at 9K. Of particular mention is a young volunteer called Lara whose actions – sports drink and encouraging words - helped two female runners, one of whom achieved a PB as a result.

Patrick Townsend of Notts AC was first across the line in 34:40; Nicole Swaffield was the winning female in 38:28.

Another highlight was the baggage reclaim that was voted the most efficient system at a race. Overall, this was a well organised event and the switch to the university was a success.

Entries open for the 2020 Asda Foundation Nottingham 10K. Visit the Run For All website for details.