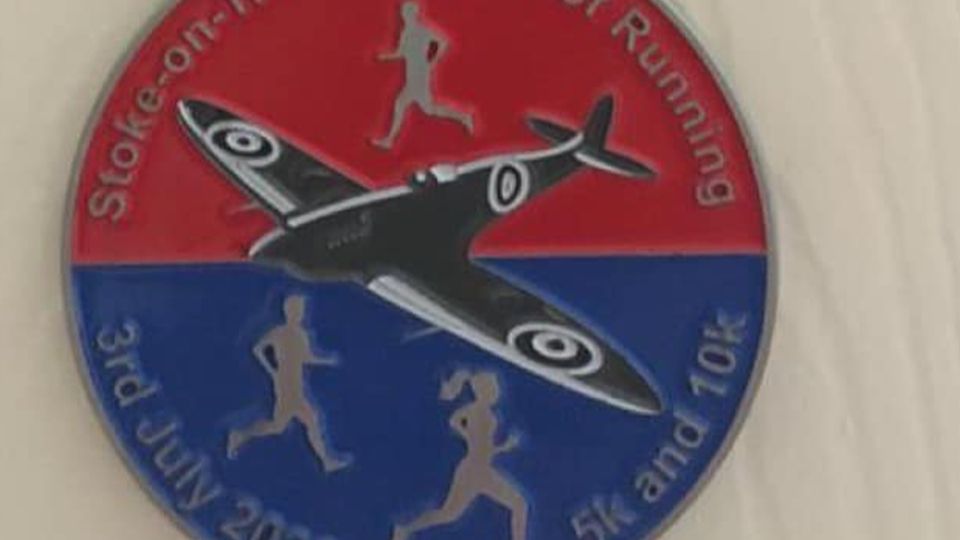 Soon be time for SOTFOR

Stoke-on-Trent Festival of Running (SOTFOR) ready to fly once again.

There are 6 weeks to go to the Stoke-on-Trent Festival of Running (SOTFOR) which is back live on Sunday 3 July after a two year break due to Covid. Runners in the 5K and 10K will be rewarded with an eye-catching medal and equally distinctive t-shirt.

The Bet365 Stadium, the home of Stoke City FC is the venue for a local event with an inclusive ethos where runners of all ages and abilities are welcome and their efforts appreciated especially at the finish! The enthusiastic support from spectators at the 2019 race was one of several highlights.

Starting from the stadium, participants run one lap (5K) or two laps (10K) on a circular route, making their way on roads and footpaths around the area as they look to achieve their personal goals. Whether that is to be in the prizes, a PB or completing the distance for the first time, they can be assured of a round of applause at the end.

Will these times be beaten in 2022 and by whom? It will be interesting to see the results of both the 5K and 10K after the disruptions of the past two years.

There is still time to enter and be the proud owner of a blue (5K) or red (10K) t-shirt. Sign up for SOTFOR via the AV Timing website.