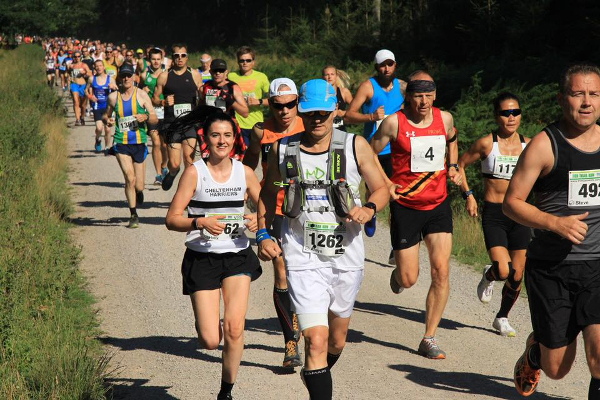 Heat, hills and hydration were on the agenda at Sunday’s (5 August) inaugural Forest Trail Race. The Forest Trail Race was organised by Trimax Events who teamed up with Fit Active Families with the aim of an enjoyable day of running and leisure pursuits in a safe environment.

There were four races to choose from – a 1k for kids, a 10k, half marathon and marathon which were held in the beautiful surroundings of the Forest of Dean in Gloucestershire.

In addition to the four races there were a range of free activities including zorbing, bubble football, archery and fencing, all of which had an emphasis on fun as well as participation in sport. 320 people took part in these activities.

Runners lined up at 9am for the start of both the half marathon/marathon and completed two/four laps depending upon their preferred distance. The 10K entrants set off at 9.30am to complete a single lap around the course. The heat took its toll on everyone but marshals armed with sponges and the water stations kept people moving.

Steve Kenyon was victorious in the half marathon, posting a time of 1:21:19. Shona Crombie-Hicks was the fastest female in 1:31:14.

Results are available on our race listings page.