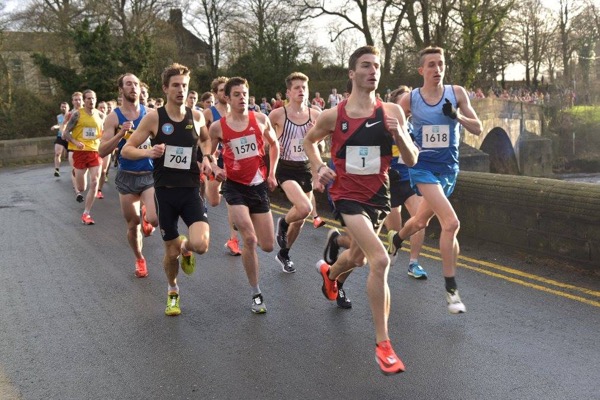 With over a month until race day, organisers of the Ribble Valley 10K have announced that 900 of their 1500 places have already been snapped up. From the entry list revealed today, there already seems to be a high proportion of elites confirmed, with runners clearly looking to cap off their season in style at the Clitheroe event.

Competing on Sunday 30 December in the men’s field will be, among others: Blackburn Harriers’ Ben Fish, Scotland’s Derek Hawkins, Tom Anderson and Dominic Shaw, all boasting a 10K PBs of well under 30 minutes.

The 10K, which is a 2018 North of English championship race, can be traced back to the early 1980s when Clayton Le Moors Harriers, Ron Hill’s club, first organised the race in the winter as the Clitheroe 10K, in parallel with the Clitheroe 10 Mile. Although the 10 miler fell by the wayside, the 10k race survived and is now organised by Blackburn Harriers.

Registration is still open for the Ribble Valley 10K, with entry available here.