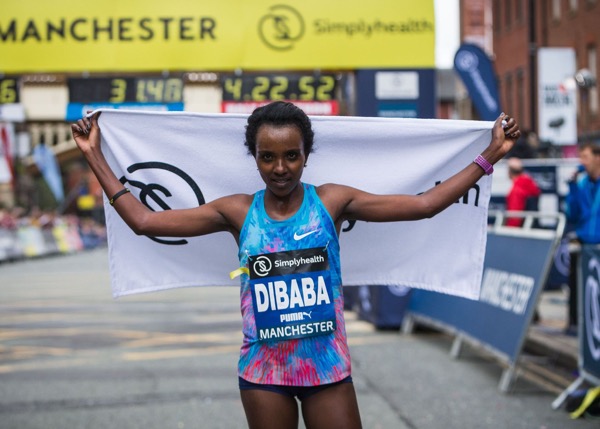 Elites Raring To Go At Manchester

The Great Manchester Run’s legacy of hosting an elite-studded field will continue this Sunday (20 May) with a host of the world’s top runners vying for victory. Sir Mo Farah, fresh from a third place showing at London last month, will be up against Abel Kirui and Moses Kipsiro, while four time winner Tirunesh Dibaba is set to face tough competition in Joyciline Jepkosgei - the only woman to ever run a sub 30 minute 10k.

Organised initially as a legacy event following the 2002 Commonwealth Games in Manchester, the Great Manchester Run has enjoyed a remarkable rise to prominence and is now Europe’s largest 10k road race with an average of 25,000 runners competing annually.

Throughout its history, the 10k has continued to attract an elite field and Sunday will prove to be no different. Farah, who has also confirmed he will be taking part at the Vitality London 10,000 on 28 May, will be looking to defeat Abel Kirui on Sunday.

The British runner found himself one place ahead of Kirui at the VLM last month, yet the Kenyan athlete has an incredible pedigree and is no stranger to the international stage. Farah’s other competition comes from Ugandan Moses Kipsiro, a three-time Commonwealth gold medallist and winner of this month’s Great Birmingham Run (29:08).

Equally, the women's race is shaping up to be a classic encounter, with Jepkosgei and Dibaba fronting what is set to be an intriguing duel. Kenyan Jepkosgei is the current half marathon world recorder holder (1:04:51) set in Valencia last year, and has ran two sub 30 minutes 10ks.

Yet, Jepkosgei will need to overthrow the reigning queen of the Simplyhealth Great Manchester Run, Tirunesh Dibaba. The Ethiopian runner has been successful at Manchester on four separate occasions, 2013, 2014, 2016 and 2017, but retired at London just after the 30k mark.

Will her experience at the event give her the slight edge or will Manchester be welcoming a new queen on Sunday? Keep your eyes out for runABC North’s race report early next week