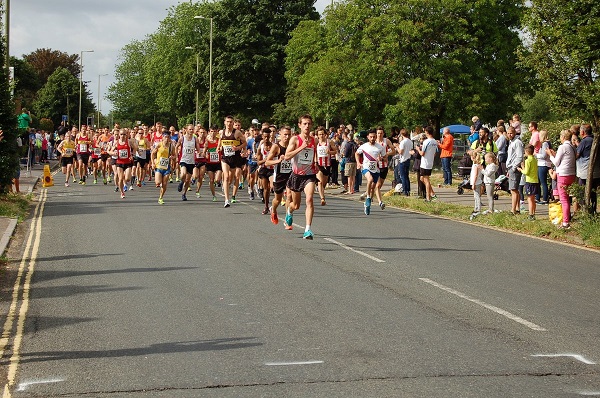 Eastleigh Is Beastly No More

After the so called 'Beast from the East' scuppered the original Hendy Eastleigh 10K in March, the postponed event went ahead on Sunday (17 June) with a magnificent 2,111 finishers on the fast course that organisers describe as 'the home of the PB'.

Also described by organisers Running Mania and Eastleigh Running Club as 'the south of England's largest 10K road race', Hendy Eastleigh 10K lived up to its double billing with more than 20 runners ducking under 40 minutes and the entire field home well inside two hours.

Over 400 youngsters ran in one of the two 2K Fun Runs around Fleming Park from Places Leisure to support Wessex Heartbeat and the Mayor of Eastleigh's Charity Appeal with a commemorative medal going to all finishers.

The pace was as hot as the weather in the 34th anniversary Hampshire Road Race League main 10K race as John Beattie (Newham & Essex Beagles) and James Westlake (Crawley) hammered out sub-five minute miles at the front. Beattie (30:31) prevailed by a mere three seconds. Local crowd favourite and prolific parkrunner, Aiden Lennan (Southampton, 32:06) was third, knocking almost three minutes off his previous best in the process!

Southampton AC fans had further cause to celebrate as their club member Jen Elkins (34:55) eased to victory in the women's race, followed by Helen Cozens (Fleet & Crookham, 36:52) and Emma Jolley (City of Portsmouth, 37:09).

Among the many favourable comments on social media were tributes to Dave Hawkins and the Hendy Pacers provided by the race sponsors Hendy Ford and the the water, jelly babies, bananas and jaffa cakes handed out by Hayley and the Army Cadets at the water station and Sarah and the Air Training Cadets at the finish.