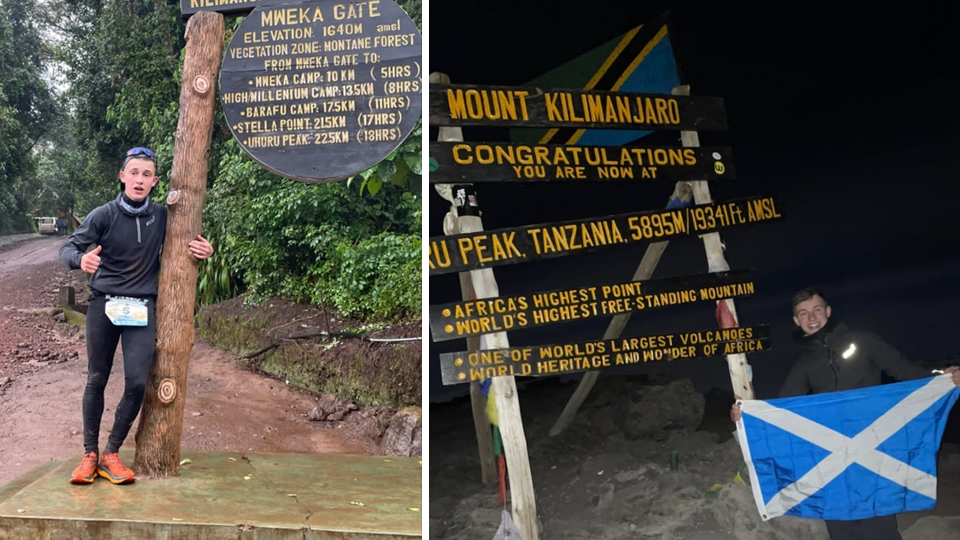 Harvey Is King Of Kilimanjaro

Scotland has a new record-breaking runner...

Harvey Mitchell-Divers may only be 17 years old, but he's a record-breaking adventure runner and fundraising hero to boot! Harvey from East Kilbride recently travelled to Tanzania to compete in a challenge that would daunt even the most experienced of extreme runners - the Uhuru Peak Challenge, organised by Z Adventures.

Taking place on Mount Kiliminjaro, the world's tallest free-standing mountain, the gruelling test of fitness first involved a vertical climb of a kilometre, which Harvey completed in just under 2.5 hours. This is a climb that would normally take anywhere between 4-6 hours, but Harvey's grit and determination meant that he achieved second place in the climb.

It was after reaching the summit that Harvey then embarked on the 'world's highest trail half marathon'. This is a hike that usually takes between one and two days to complete, but Harvey crossed the finish line in just 3.5 hours to take first place and claim the World Record! Reflecting on the race, he commented: "Running all downhill for this long was absolutely grim, but I pushed through."

Harvey's reason for taking on such an difficult challenge is actually very simple, he wanted to do something in memory of his former football coach, Dougie Craggs, who passed away from a brain tumour in 2020. Speaking after the race Harvey said: "I would like to dedicate one of the races to Dougie Craggs, the real reason I took on this challenge.

"I hope that I have done you and your family proud. When I felt like giving up I remembered why I was here and I stuck it out, got the job done and never gave up."

Harvey has been raising money for the Brain Tumour Charity and has already smashed his £2000 target, although given he's now a record-breaking runner we're sure that total will continue to grow. If you'd like to contribute then visit the JustGiving page here.