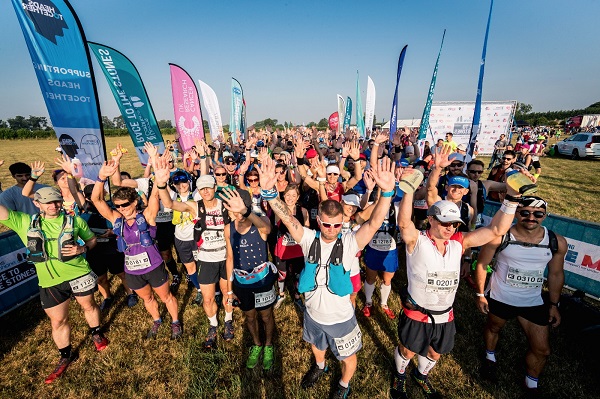 From Ancient Stones To A Precious Stone

Humans have walked the 100km length of The Ridgeway – Britain's oldest footpath – for more than 5,000 years. Now the iconic route has become the venue for 2018 Running Awards' Best Endurance Event in the UK: Dixons Carphone Race to the Stones, with 2400 runners and walkers completing the gruelling course last weekend (14-15 July).

The Stones in question are the Neolithic henge monument comprising three stone circles just outside the village of Avebury, Wiltshire. Avebury is one of the best known prehistoric sites in Britain as it contains the largest megalithic stone circle in the world – quite a target for the masses to aim for from the start in Lewknor, Oxfordshire.

The course climbs onto the high ground of the Chilterns and North Wessex Downs before the final dramatic descent into Avebury. Bronze Age forts, neolithic burial chambers and Roman river crossings feature as competitors follow in the footsteps of Vikings, Romans, kings and mythical dragons.

For one couple a much smaller stone had greater significance as a marriage proposal was accepted at the finish! Perhaps the shared endeavour, good humour, spirit and endurance required for Race to the Stones was a metaphor for a successful future together?

The record event is set to raise about £350,000 for charity partners and there were some astonishing performances at the front of the race. The non-stop 100km winner, M40 master Geoffrey Cheshire, averaged 5:09 min/km for 8:36:10 and the top six broke 10 hours, including the first lady Alyssa Clark (USA, 9:35:32).