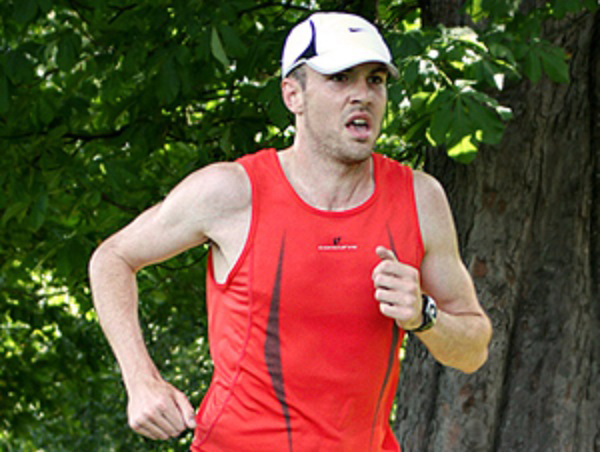 Danny Norman of Surbiton's 26.2 Road Runners Club clocked up 600 parkruns when he completed Felixtowe in 12th place (21:07) on 4 August and he has already embarked on his next milestone with 25:16 at Littleport on 11 August, despite a painful sprained ankle!

Surrey's parkrun machine has achieved 226 appearances at his home Bushy Park event and his only other double figure venue is 21 runs at Kingston. As a serial parkrun tourist he has run at more than 250 different venues!

You would expect this prolific participant to have had little time for helping out but he has somehow fitted 608 volunteer roles in since 2006 – nearly 150 of those this year alone.

Danny's parkrun odyssey began on 20 August 2005 at Bushy Park (4th, 18:09) and he added seven more runs at the ancestral home of parkrun that year. His overall parkrun best of 16:25 was set at Bushy in March 2009 and it was only last year when he failed to record a sub-20 minute parkrun somewhere on his travels.

Meanwhile, as Danny continues to set participation records his home event celebrated a truly astonishing milestone of its own on Saturday when Ed Smith became the 500,000th finisher to cross the line in Bushy Park.

By finishing 124th in 21:29 on his fourth outing at Bushy, the half millionth finisher barrier was breached and the run director at Bushy was minded to make a very special award to mark the occasion – a lifetime of free parkruns for Ed Smith!

You see, that's the thing about parkrun. You never know when you may become part of something extraordinary just by turning up for your free, weekly timed run. Find your nearest parkrun here

Images courtesy Danny Norman on Power of 10 and Bushy parkrun