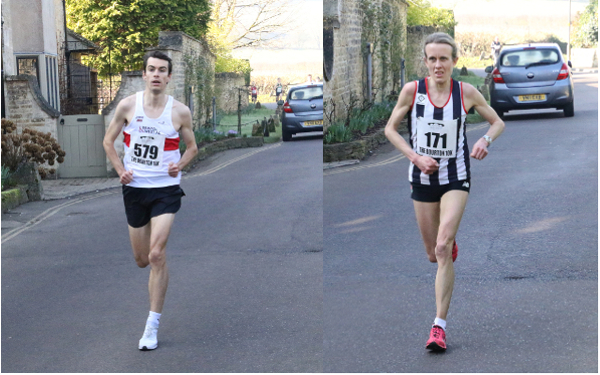 There were two strong winning performances and a new course record at the popular Bourton 10K (Sunday 24 February) and over £4,000 was raised for Pancreatic Cancer UK giving a further reason to celebrate.

The High Bridge Jewellers’ Bourton 10K is known for its fast, traffic-free, flat course that attracts top club runners looking to hit their PB target. It is also an ideal race for the first timer at this distance who can enjoy the start in the centre of Bourton-on-the-Water, known as the ‘Venice of the Cotswolds’. The runners completed two small laps of the village then followed an out and back route before returning to Bourton village and the finish.

Daniel Studley of Bristol & West AC powered his way around to cross the line first in 30:05 and posted a new course record. Simon Nott of Calne RC was second in 31:33 and Alex Lee of Cheltenham & County Harriers third in 31:57.

Rachel Felton improved on her third place last year to become the fastest female in 34:20. The Shaftesbury Barnet Harriers runner was 16th overall. Tara Grosvenor of Cheltenham & County Harriers came second in 37:01 followed by Diane Foster of Headington RR in 37:43.

This is one of two races organised by Bourton Roadrunners, the second their Hilly Half + 10K and each year, the club selects a charity to support for these events. Pancreatic Cancer UK was chosen for the 2019 Bourton 10K and thanks to the efforts of race director Ian Shoemark, over £4K was raised for this charity. SML Sports Massage Therapy and Sam Bowler, Sports Massage Therapist raised £75.