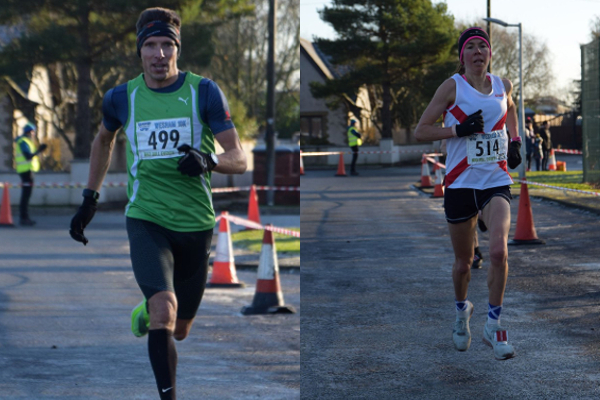 A hard frost was an issue for the organisers at Saturday’s (30 November) Wesham 10K but this perennial favourite went ahead and with a bumper turnout. The heat was on for the top spot...

The Wesham 10K is ‘old but gold’: organised by Wesham Road Runners it is one of the longest running 10K’s in the North West. It regularly attracts a quality field and such is its fame that a summer version was held in May this year.

Saturday's runners faced a fast not flat course due to a few minor undulations in the latter stages; however a PB was more than possible. The race started and finished at the Smiths Arms, Lea Town and followed country lanes through Lea Town, Salwick and Clifton with the cold weather acting as an incentive to increase the pace.

Chris Livesey of Salford Harriers was pushed hard all the way by last year’s winner Robert Danson of Wesham Road Runners but managed to pull away near the end and sprint to victory in 31:52. Danson finished second in 32:01 followed by Matthew Lalor of Ribble Valley Harriers in 32:42.

There was an emphatic win for Toni McIntosh of Ayr Seaforth AC in the women’s race as she crossed the line in 37:11. There was a battle for second and third between Catherine Carrdus of Lytham St Annes Road Runners and Laura Wallace also of Ayr Seaforth AC. Carrdus edged it in 40:40 with Wallace settling for third in 40:46.

The chilly conditions didn’t bother first lady Toni McIntosh who described it as 'tropical' compared to the weather in Scotland.