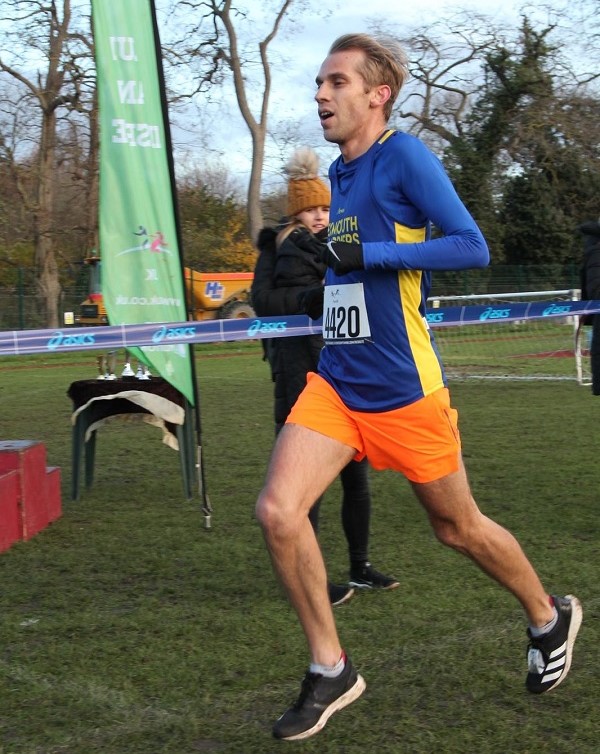 There were exactly 350 finishers in the Putney 10K on Sunday (1 December) won by local resident Oliver White (Exmouth Harriers) who had an 800m warm-up from home to the start! The race winner (pictured) honed his form with four wins in five days on a variety of surfaces during the Algarve Running Challenge in Portugal last month – as featured here in runABC South.

Oliver White has lived near the famous start of the annual University Boat Race for five years and regularly trains on the local roads, Putney Heath and Thameside path. However, it is only in the past 12 months that he has been competing regularly and has joined Exmouth Harriers – the club of his Devon-based parents. As a result, he is still relatively unknown and Sunday's success was his maiden victory in an open road race.

Oliver White was in front from gun to tape for a 25-second improvement to his PB (35:25) although he was never able to relax with Nabil Khabirpour (35:31) on his heels throughout. Joshua Price (36:00) completed the podium.

The 350 classified finishers returned to Barn Elms Sports Centre for a well-earned shower in 1:27:46 and exactly 100 finished inside 50-minutes.