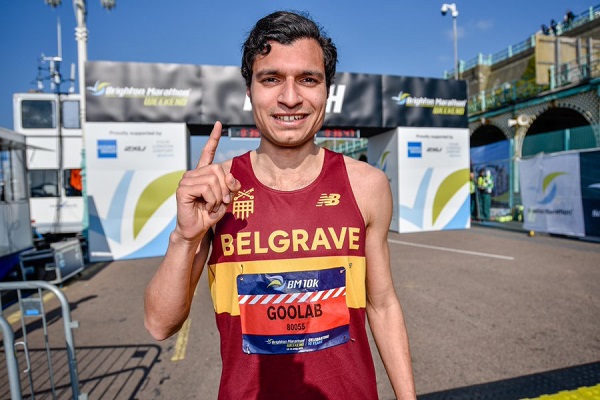 The race is promoted annually by the Rotary Club of Chichester Priory and the course finishes in front of the main grandstand on Pits Straight after a final 4K circuit of the smooth tarmac race track. The start is at the motor circuit entrance in Claypit Lane and the route includes a loop on undulating country roads, along historic Roman road Stane Street, through Strettington.

This race included the final trial for the England Masters team to face Celtic Masters in an international challenge in the Great Bristol 10K on 3 May 2020. The top three finishers in each five-year age band from 35 to over 85 were expected to be selected to represent England.