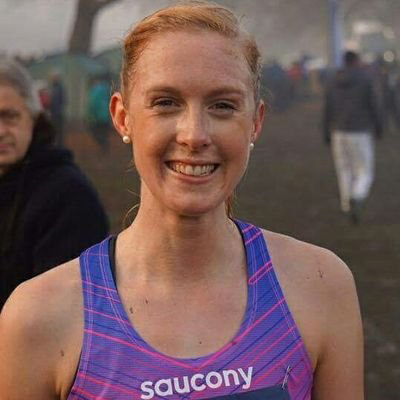 History was made on Saturday 5 January as Charlotte Arter set a new female world record at Cardiff parkrun. Charlotte was always prominent and led during the run, eventually finishing second.

The British and international athlete took charge from the outset and pushed the pace right to the finish. Her performance impressed the other participants who witnessed Charlotte posting a new female parkrun world record of 15:50. This beat the old record of 15:55, set by Hannah Walker of Run-Fast in 2013.

Charlotte crossed the line in second place – only one second behind Ben Butler-Madden of Penarth & Dinas Runners who was the first man home in 15:49.

Both of them were amongst 904 finishers at Cardiff parkrun, following an out and back course on tarmac along the Taff Trail in Bute Park. Cardiff is one of a select bunch of UK parkruns which has attracted a four figure attendance. There were a large number of first timers in the field, and post-run they spoke highly of a friendly, welcome and plans to return, while others celebrated milestones such as 50, 100 or 250 parkruns.

Charlotte had an outstanding 23018 with wins at the Steve Jones 1 Mile Series, Cardiff Race for Victory 5K and Brighton Marathon 10K plus being top UK woman at the SPAR European Cross Country Championships (7th overall) and finishing in 31st place at the IAAF World Half Marathon Championships in Spain. This new parkrun world record is the perfect start to 2019 ahead of the big cross country international at Stirling next weekend.