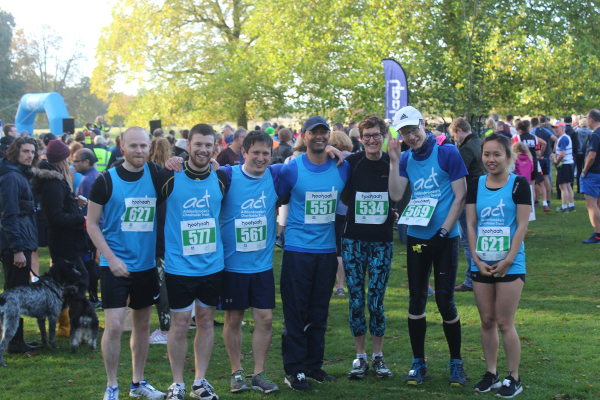 There was a force for good at last Sunday’s (7 October) Wimpole Estate Hoohaah Half Marathon and 10 Mile as runners in the 10 miler teamed up to show their support for Addenbrooke’s Charitable Trust.

Both races were held at the National Trust Wimpole Estate, a Georgian house with 3,000 acres of parkland featuring gardens, lakes and a folly that also hosts a weekly parkrun. They started at 9.30am and headed off on a scenic route and several water/High 5 gel stations at half a mile, four miles and eight miles plus an additional station for those in the half marathon.

Andrew Mynott of Saffron Striders RC won the Half Marathon in 1:23:10; Kristy Guneratne of St Radegund RDC was the fastest female in 1:34:56.

Amongst the entrants were several runners dressed as cast members from Star Wars. The force was with them as they battled their way around in the 10 Mile race but didn’t need any Jedi mind tricks to help them to the end. They and the rest of the finishers were presented with a medal and a homemade flapjack for their efforts.