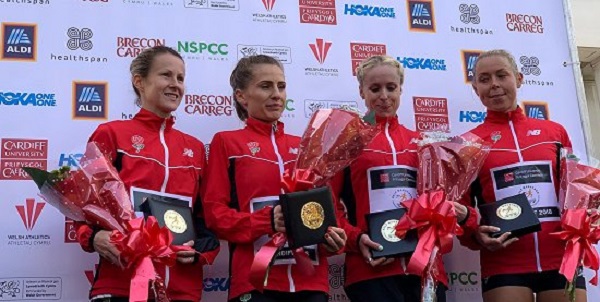 Tragedy strikes at inaugural Commonwealth Half Marathon Championships in Cardiff

The 15th annual Cardiff Half Marathon hosted the inaugural Commonwealth Half Marathon Championships but the record breaking event was touched by tragedy after it was confirmed that two men suffered cardiac arrests and later died in Cardiff's University Hospital Wales, the first loss of life in the event's history.

The race saw almost 20,000 starters assemble outside Cardiff Castle in the Welsh capital with great excitement due to the additional kudos of the enhanced international status of the event.

Athletes from 18 nations were competing for Commonwealth glory as Uganda took gold team from Australia in men's and women's categories. England grabbed men's team bronze and there were top ten finishes for Mo Aaden (1:02:30 PB) and Matt Clowes (1:03:26 PB) along with leading Welsh representative Dewi Griffiths (1:02:54).

Mo Aadan said: “It was such a good feeling to be chasing some of Africa’s finest down the finishing straight and a fantastic experience on a global half marathon stage. Delighted to clock a new PB as well as winning a team bronze, beyond my imagination.”

Returning to the tragic deaths of Ben McDonald, 25, from the Vale of Glamorgan and Dean Fletcher, 32, from Exeter, Cardiff Half Marathon Run 4 Wales Chief Executive, Matt Newman said: “Our heartfelt sympathies go out to the family and friends of both Ben and Dean. The medical team and emergency services reacted to this terrible situation with great speed and professionalism. Everyone connected with the race is devastated.”

Here at runABC we can only sadly echo those sentiments.