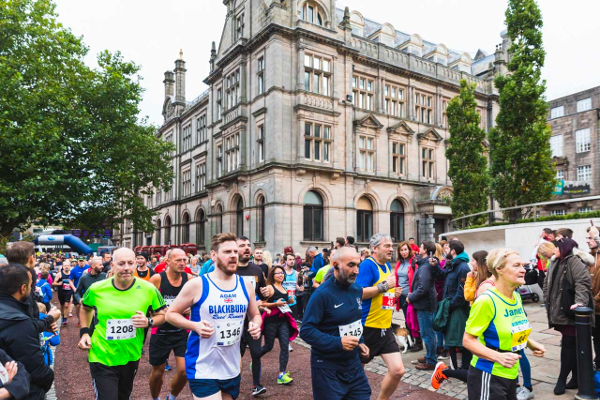 Get a buzz out of new MoBee Series

Five races, one package as The Running Bee Foundation launch a new series that showcases their best North West 10K’s at a special price. Runners who complete all five will receive a commemorative medal.

These five 10Ks are part of a busy schedule for The Running Bee Foundation who are passionate about health and wellbeing and the benefits of activity.

Beginning in March and finishing in September, the series gives runners the chance to participate in all five races and bag a PB or two along the way. All profits from these are donated to local communities where these events are held to promote healthy lifestyles.

The first of the five is the new Knowsley 10K on 15 March at the famous Safari Park. Second is the Dr Ron Hill Hyde 7 (Stage 4 in the Tour of Tameside) on 14 June; third is the City of Manchester 10K on 5 July; fourth is the City of Salford 10K on 6 September and last but not least, the City of Preston 10K on 27 September.

As well as the commemorative medal, the runner with the best overall time will receive a £500 donation for their charity of choice, granted by The Running Bee Foundation.

This series is aimed at not only first timers but those who take part in the Foundation’s races on a regular basis. Operations manager Stephen Owen is keen to repay them for their loyalty, saying: “We have many people who run with us every year so it’s great to offer a package that enables them to run all our 10Ks in one!”.

For more information and to enter the MoBee Series, visit The Running Bee Foundation website.