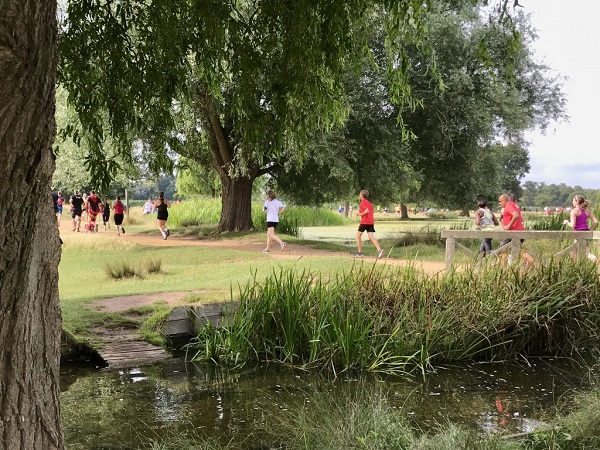 It started with a wish...

As the inaugural venue, Bushy parkrun became the first event in the world to reach 800 not out on Saturday (3 August). The occasion was celebrated by 1,459 parkrunners, with another round number of 50 indispensable volunteers.

Bushy parkrun started the whole thing on 2 October 2004 with 13 finishers. The inaugural first finisher was Chris Owens (Ranelagh Harriers) as Matthew Morgan (Farnham Runners) shared the first course record (18:47). Rachel Rowan (Thames Turbo Tri, 21:01) led the ladies and there were no PBs, as they were all first timers!

At the time Tony Blair was Prime Minister; Arsenal were invincible and people who had never gone skiing wore furry boots all year round! Running in all weathers was something that only committed club athletes did and the idea that hundreds of thousands of people would turn up every Saturday morning at venues in 21 countries to run purely for enjoyment was fanciful.

Bushy has blazed the trail and the 800th milestone was marked with fancy dress, bubbly, cake and fast times. There were also some significant individual milestones. Rory Waddell chose this event to notch up his 500th parkrun and Andrew Shennan and Hanish Ironside both reached 250 runs. Meanwhile, Jan Franks was dishing out the finish tokens for the 250th time.

There was plenty of experience out on the course including Richard Fletcher (635 runs) and Ramona Thevenet (625), although both are way behind the world best of Darren Wood (732 runs, 257 at Bushy)! Paul Sinton-Hewitt, parkrun founder and volunteer at the first event, ran his 440th and was on hand to see his baby move closer to its 15th birthday.

Congratulations from all at runABC South.