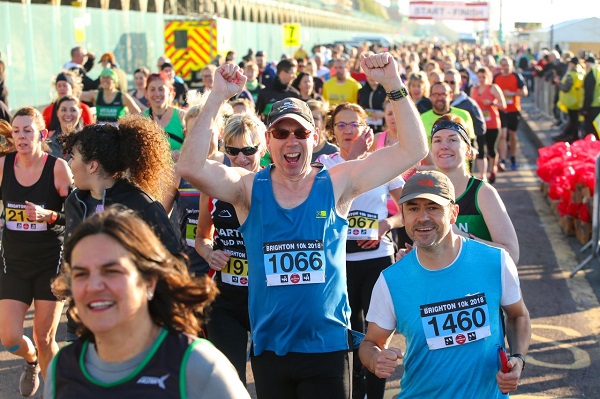 Running the numbers at Brighton 10K

Brighton 10K is a sought after, no nonsense event organised by Brighton & Hove Athletic Club. It has been held continuously apart from 2016, when Storm Angus caused it to be cancelled. Course records are held by GB internationals Rob Denmark (28:59, 1993) and Louise Damen (33:14, 2010) and the lightening fast course has produced more than 30 men’s sub-30-minute times and over 20 women’s times below 35 minutes.

The latter total was increased by Brighton Phoenix athlete Beth Kidger (34:20) on Sunday. Beth comfortably defended her title from Chloe Richardson (UKAF, 35:10) and Maisie Trafford (Arena 80, 35:31). There were 30 women inside 40 minutes in a fine display of distance running in near perfect conditions.

Finn McNally (30:23) ensured a Brighton Phoenix win double as he was the first to reach the finish in Madeira Drive after negotiating the six metres of elevation on the pancake flat course on the seafront. Finn won the Worthing 10K (30:39) in June and has a 29:46 PB from 2015. The men's podium was completed by Michael Kallenberg (UKAF, 30:44) and Archie Davis (Brighton Phoenix, 31:14).

Brighton 10K is ideal for all standards and the scenic, coastal course on traffic-free roads is appreciated by less experienced runners. More than 1,000 went under the hour in the most impressive statistic of the day.