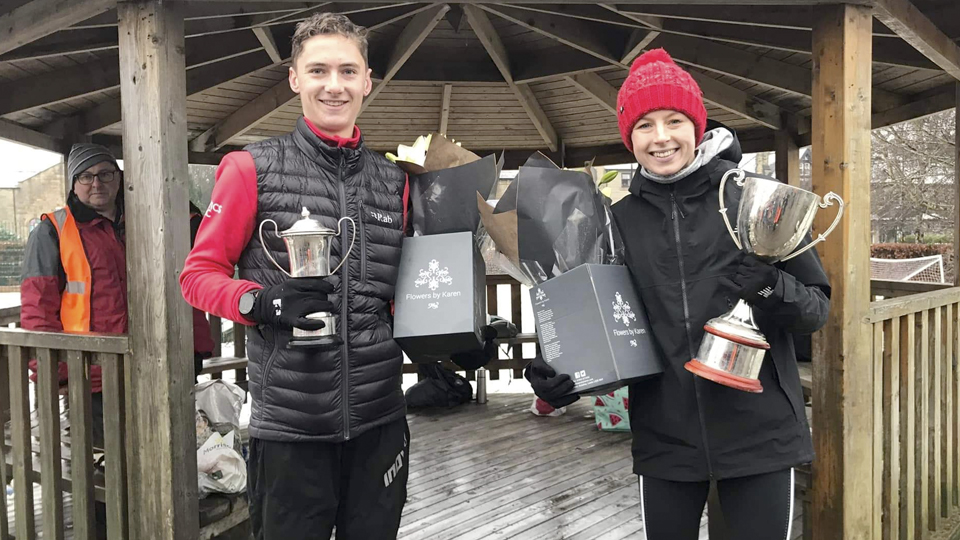 The 43rd Chevin Chase took place on Boxing Day and despite the somewhat chilly conditions - those taking part finished with smiles on their frozen faces! Starting and finishing in Guiseley, the long-standing event is organised by Airecentre Pacers. The 7-miler is a hilly, and multi-terrain scenic circuit of Otley Chevin.

Some take it seriously, others prefer to dress up and make it a festive extravaganza. The Brownlee brothers are not unfamiliar with this local event, This year though only Jonny took part (finishing in second place). Alistair’s Olympic triathlon relay team mate, Georgia Taylor-Brown also ran taking first in the women’s race.

The popular race attracts 1400 runners and sells out in record time - with everyone from seasoned fell runners to fancy dress enthusiasts coming along for some festive fun. Race proceeds also support a number of local charities.

Speaking after this year's race, organisers said: "Well done to everyone who ran the Chevin Chase this morning. It was a cold and sludgy one but there were plenty of smiles at the finish. Congratulations to the overall winner, Joe Hudson from Keighley and Craven and Georgia Taylor Brown who won the female race. Georgia is the only athlete to win Olympic gold and the Chevin Chase in the same year!

"A huge thank you to all the volunteers who made today possible. Lots of positive comments about support on the route - we're very proud of our marshals and the community for continuing to support this race."

One of this year's participants, Samantha Taylor, commented on FB: "Massive thank you to the organisers and marshalls who were out cheering us today. Great race. Also thank you to everyone who came out to cheer on the runners. The support was amazing. See you next year!"

You can read more about the event at the Airecentre Pacers website.