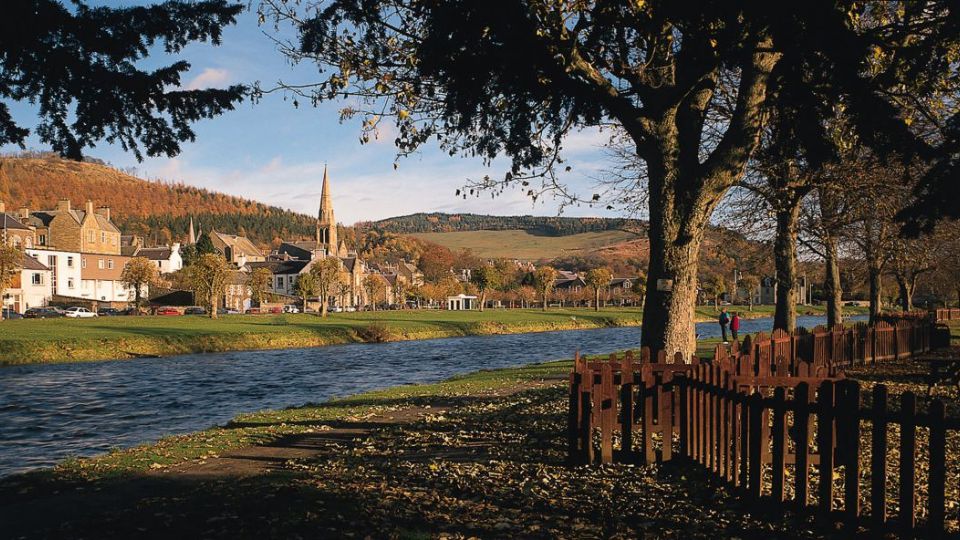 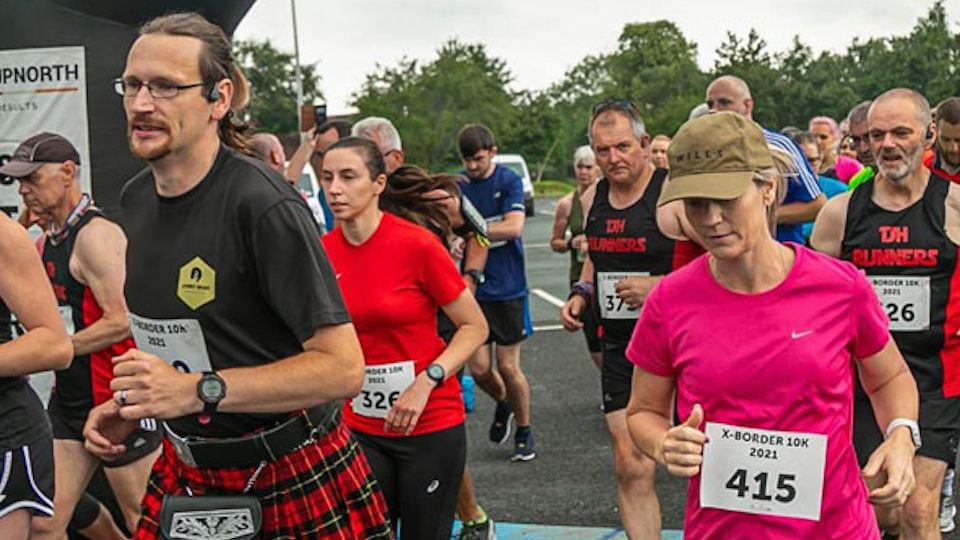 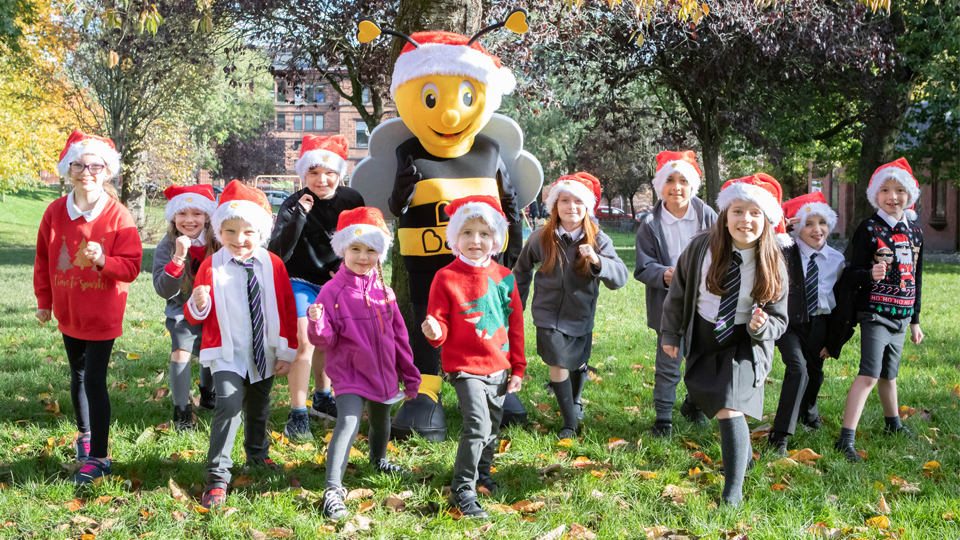 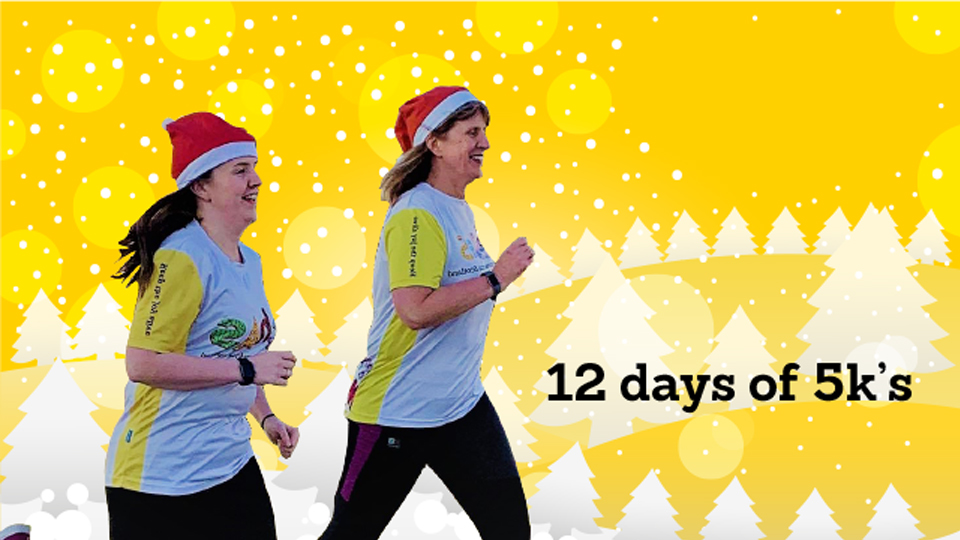 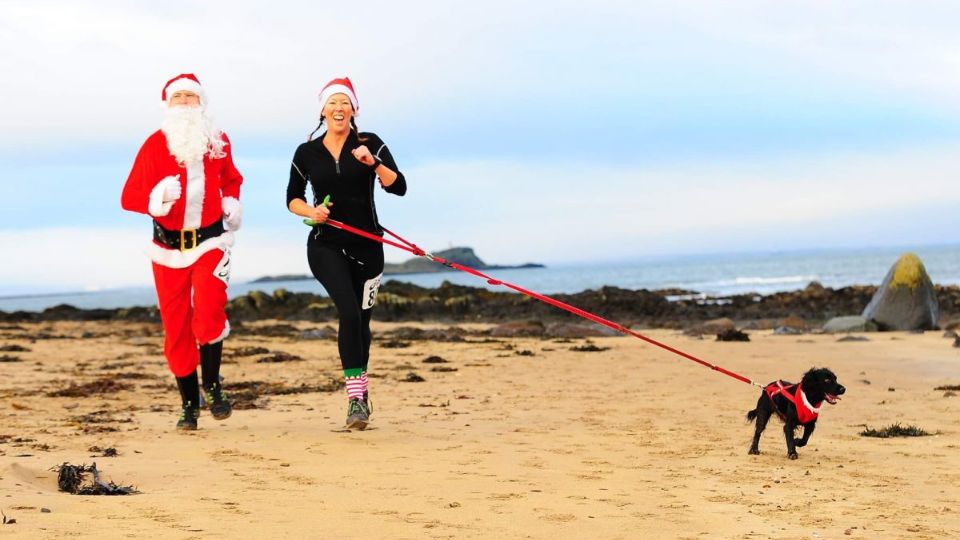 Yes, Virginia, there is a Santa run

When speaking to runners from both the Borders and Dumfries and Galloway, it is soon apparent that there's something captivating about this part of the country. Beautiful landscapes mean that runners can enjoy world-class trail runs right on their doorstep.

Established clubs such as Gala Harriers and Dumfries Running Club sit alongside newer, outfits like Kelso Crawlers and Lauderdale Limpers with their emphasis on inclusion. We speak to Graeme Sutherland from the Limpers as he tells us how the club set the trend for a series of alliterative, self-deprecating club names.

Speaking of alliteration, the jogscotland group, Chirnside Chasers, are becoming well-known, winning Group of the Year at last year's jogscotland Awards. Other established groups in the area include JogEarlston with many of its members competing in events ranging from 5ks to full marathons.

We speak to Joanne Ackland of jogscotland Morton Milers and find out that through the Thornhill group she has discovered a love of running that she wasn't aware of in her native Glasgow.

For retailers, Knox Sports continues to ensure runners in Dumfries are kitted out with the latest gear from its great position on the Whitesands overlooking the River Nith. The family run shop stocks all the top brands and offers advice on training, equipment and local races.

While the area doesn't boast mega events on the same scale as races in the central belt, there is a large selection of locally run and well-supported events to take part in. Major races include Jedburgh Running Festival, Dumfries Half Marathon, and the Stranraer Half Marathon and 10K.

In this section of the site runABC Scotland focuses on the Borders including Dumfries and Galloway - its clubs, running groups, facilities and services.

Have we missed your club? Let us know about it by getting in touch here!

At a glance: Lauderdale Limpers

Graeme Sutherland tells us how Lauderdale Limpers were formed after a few pints at a pub in Edinburgh and have since gone on to attract a Scottish Hill Running Champion!

Who are Lauderdale Limpers? A running club based in Lauderdale in the Borders and formed in 1997. The club came about after four of us ran the Edinburgh 10K and went for a few beers afterwards. It was then that we thought it would be fun to start our own club. It’s just grown from there.

When do you meet? Tuesday nights at 7:30pm in Lauder Park.

Why Lauderdale Limpers? We came up with the name in training as one of us would always have an excuse for not coming. It’s quite self deprecatory and seemed to catch on. We’ve set a trend as there are other clubs have formed in the area with similarly alliterative names (Chirnside Chasers, Kelso Crawlers). Despite our name, we’re definitely not a club of underachievers. We have Scottish Champions, and hill running champions amongst our ranks!

How many members? We have about 60 seniors and 50 juniors. The youngest senior is 16, but runners of all ages and abilities are welcome. We have a new members night on 22 April.

Any notable members? Well known members have included Scottish Hill Running Champion, Ronnie Gallagher, and international hill runner, John Wilkinson. One to watch is Adam Craig, he’s taking part in the senior cross-country series and has a big future in the sport.

Do you organise any events? Yes! We have the Breakfast Run every month on a Sunday. We also have the Black Hills race which is very popular, it’s scheduled to take place on 5 July this year. There’s the Two Pubs Race on 17 June - which is an off-road race that goes from a pub in Lauder and along an old railway line before going back to Lauder. Most of the entry fee is put back into the food and drink afterwards, so it’s worth doing for that alone! We also organise the first race in the Eastern Borders Cross Country series.

What kind of sessions do you do? We usually do about three to five miles. Everyone completes the distance so you don’t have to run at too high a pace if you don’t want to. It’s a fantastic area for running, some say it’s the middle of nowhere and the middle of everywhere. You can do road runs without any traffic, lots of great loops too. It’s very scenic, with views of the Southern Uplands and the River Leader, the routes aren’t always easy on the legs but are easy on the eye.

Which events do you take part in? The Feel the Burns Race in Selkirk is a particular favourite. My son took part in that this year and came 12th. A group up of us usually goes to Skye for the half marathon and the Highland Perthshire Half Marathon in September is also popular. We’re ideally located for going down to race in the north of England and enjoy taking part in the Northumberland Coastal Run in July.

How do I find out more about the Limpers? Everyone is welcome! For more information email info@lauderdalelimpers.com

When Joanne Ackland relocated to Thornhill in Dumfries and Galloway from Glasgow a few years ago, she hadn’t done any running. Inspired by the scenic surroundings and relative safety of the area, she decided to try it out with a couple of friends. Five years later, and with several half marathons and 10ks under her belt, the Morton Milers group has expanded to 14 members and has sprouted a junior group.

Joanne confesses that the success of the group has taken her by surprise: “It was kind of by accident that it started. I didn’t run at all and me and two other mums just decided to give it a go.”

As well as exercise benefits, she says the group gives members a chance to catch-up and let off some steam: “I find that running is a great activity for socialising, and it helps you reflect on things and de-stress. One of the members is a head teacher, when she comes running she forgets her worries.”

The group has become an integral part of the community and are easily recognised by their matching kit: “We have a real sense of identity as a group, as does the junior group. The wind farms in the local area provide community funding and the money we received was used to purchase customised kit. It really helped us feel like a proper group.”

As well as her own improvement, Joanne is quick to point out the progress of her fellow members: “We’re all running 10ks and half marathons but it’s been a gradual process. I think everyone in the group has really improved. Two members – Shona and Elaine – stand out. I basically badgered them into running! I was at the gym with Shona and she was on the treadmill. She said she could never become a runner. She said that if she managed 20 minutes on the treadmill then she’d come out running. Last year she did a half marathon. Elaine’s story is similar. She also did that same half marathon after I coaxed her into running. They really love it though and always have a smile on their face when they’re out.”

As the group expanded, Joanne’s children and their friends expressed an interest in running. It was only then that Joanne realised there wasn’t a junior equivalent: “We’re all parents so decided to start up a group for the kids. The age range is from 7-16 years old so it’s quite wide! Both groups like to go for picnics together. We incorporate running into those picnics too as you need to earn your food. We usually go to Morton Castle.”

Keen to expound on the joys of running in the area, Joanne tells us more about the routes the group takes: “We meet at Thornhill Community Centre on Wednesdays and Sundays. Wednesdays we run for around six miles and on Sunday we go for eight or nine. I never get tired of running in this part of the world as I particularly enjoy trail running. Our runs mostly take us along the River Nith and around Drumlanrig Castle.”

Joanne is keen to emphasise the group’s involvement in both local races and events further afield: “We like to do the Women’s 10K in Bellahouston Park every year as it’s a fantastic event. The Great Scottish Run is popular too. I did the 10k last year with my daughter, who’s new to running. Our goal this year is to do the half marathon together. There is a local running event at Drumlanrig Castle - the Demon 10K / Queensberry View Half Marathon. This was my first half marathon. It was a tough introduction as it’s quite a hilly event. Two of our members were first and second ladies in the half marathon last year.”

Joanne reveals plans to expand the ‘Morton Milers’ with a beginners group. It’s great to see so many people having a healthy appetite for running. Long may it continue!”

If you’re interested in joining Morton Milers, then email Joanne

Tweedbank Sports Centre offers a variety of facilities including a full size professional athletics track, an artificial pitch and a gym with cardiovascular and free weight equipment complete with changing facilities. The centre also has a powerplate and personal training is available from qualified Level 3 instructors.

The athletics track is available for anyone to use but the Gala Harriers Athletics Club train there on Monday, Tuesday and Thursday evenings.

If you would like to have your leisure facility featured here, then please get in touch with us

Running Services in the Borders and Dumfries & Galloway