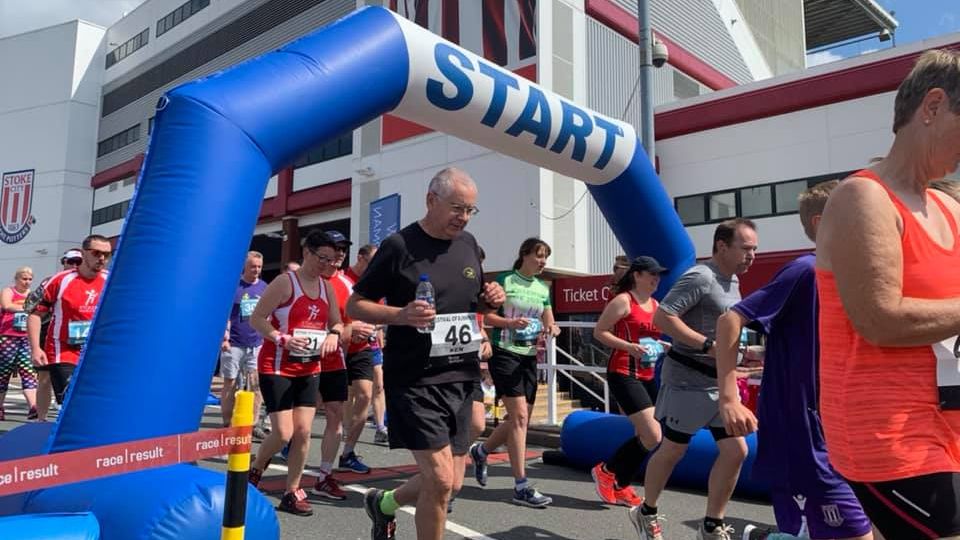 Live races again from the home of Stoke City FC.

On Sunday 3 July the Stoke on Trent Festival of Running (SOTFOR) takes place after a two year absence caused by the pandemic. Runners of all ages will congregate at the Bet365 Stadium for a day of racing with a community feel in the heart of The Potteries.

The first SOTFOR was held in 2018 followed by a second event in 2019 that focussed on the 10K and 5K only. It is the same format for this year’s event with the 10K at 9.30am and the 5K at 11.30am – both of which start and finish at the football stadium adding to the occasion.

Both races are chip timed and follow a circular route on paths and roads which features a short sharp climb and takes in the industrial heritage of the area. Participants can expect shouts of encouragement and applause from smiling marshals along the way and an equally lively atmosphere at the finish with more claps and cheers as they cross the line.

The prize list includes the top three men and women, male and female age group winners and male and female U18 winners. Youngsters as well as adults have the opportunity to compete for these.

There is a medal, t-shirt and goody bag for every finisher.

Note: Race numbers will be posted out for entries received before 28 June. After that they have to be collected no later than 30 minutes prior to the start of the race.