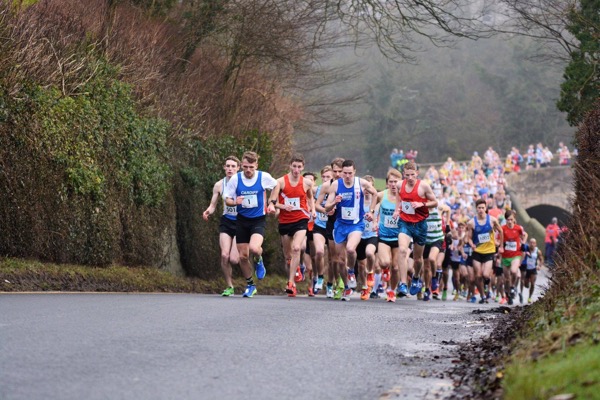 Another record sell out for Ribble Valley 10K

There has been another swift sell out at Clitheroe as Blackburn Harriers announce that general entry for the event is now closed. The Ribble Valley 10K, scheduled for Sunday 30 December, is, according to race organiser Matt Wood, “truly the last chance for anyone wanting to climb up the UK ranking list in 2018."

The 10k, which is a 2018 North of English championship race, can be traced back to the early 1980s when Clayton Le Moors Harriers, Ron Hill’s club, first organised the race in the winter as the Clitheroe 10K, in parallel with the Clitheroe 10 Mile. Although the 10 miler fell by the wayside, the 10k race survived and is now organised by Blackburn Harriers.

Matt Wood spoke to runABC North shortly after the news was confirmed: "This year the Ribble Valley 10K, which once again incorporates the North of England 10K Championships, has sold out in record time to the public with only places for elite runners available at this moment.”

“This fast road closed course organised by Blackburn Harriers & AC which has the reputation as being one of the quickest courses in the UK has GB international athletes Jonny Mellor and Derek Hawkins on the men’s side and Jess Coulson and Jess Judd on the women's side currently headlining the fields.”

In addition to the above quartet, Tom Anderson and Dominic Shaw, plus Julie Briscoe and Georgia Mair, have also confirmed. Keep an eye out for runABC North’s race report in early 2019.