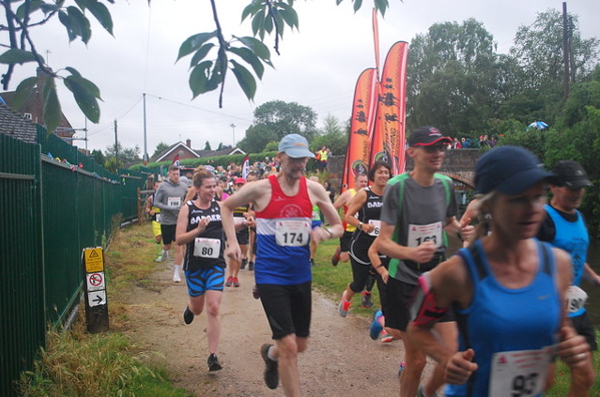 Altruism in action at the Abbott Trail Run

Torrential rain didn’t dampen spirits as runners showed their generous side at the Abbott Trail Run (Sunday 28 July). They ran in aid of local children with life limiting illnesses.

The 4th annual Simon’s Heroes Abbott Trail Run took place at Hopwas Woods, Lichfield in Staffordshire. There was precipitation and puddles but runners turned out in their numbers to support this Tamworth-based charity that fundraises for local children in need – with the aim of making a difference to their lives.

Mayor of Tamworth, Councillor Richard Kingstone attended the event and Radio Tamworth conducted a live broadcast from Hopwas Social Club. Tamworth Ukelele Group provided musical motivation in the woods and there was live music and entertainment in the event area.

The 5K started at 9.30am followed by the 10K at 10.30am and both races were held on a scenic, off-road route along canal towpaths and woodland trails. Not forgetting an obligatory hill and a few short, sharp descents.

There was a medal and goody bag for every finisher and a substantial amount was raised for this local charity. Simon’s Heroes thanked their sponsors, volunteers and runners for another successful event.