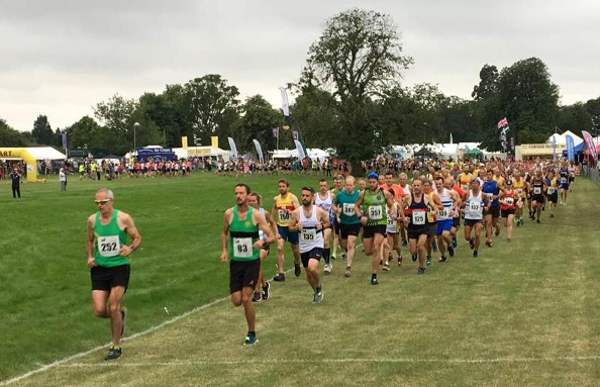 Runners showed they were made of sterner stuff at a very wet Heckington 10 (Saturday 27 July). They helped to keep the show on the road in soggy conditions.

The Great British weather tried to spoil things at the 54th Heckington 10 Mile Road Race as the heatwave was replaced by rain and mud. It was part of the schedule at the 152nd Heckington Show, a two-day event in Lincolnshire that adopted a ‘keep calm and carry on’ attitude towards the weather.

The Heckington 10 was organised by Bill Rayner in conjunction with Sleaford Striders AC and attracts runners of all ages from across the country and in some cases, overseas; all of whom like the community aspect, supportive marshals and camaraderie between the entrants.

Such is the popularity of this race that the organiser increased the number of entries to 400. The race sold out within 70 days. There was a closed road for the first time this year and the majority of the course was traffic-free.

Everyone waited near the athletics tent prior to the start then set off from the arena where they completed two laps before heading out into the village. Local residents cheered them on along with soaked but happy marshals including one group who shouted out every runner’s name. They finished back at the showground.

Bill Rayner thanked everyone for taking part and the marshals for their enthusiasm in spite of the wet conditions.