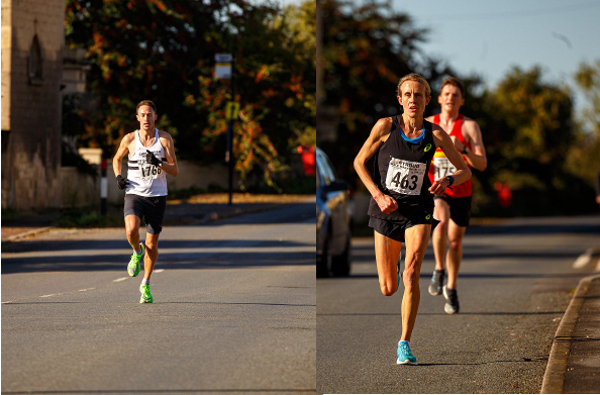 It was a successful day for Alex Lee and Rachel Felton at Sunday’s (27 October 2019) Stroud Half Marathon. They weren’t the only ones to have a grand time in Gloucestershire.

The 38th Stroud Half Marathon was held in the ‘Covent Garden of the Cotswolds’ (Jasper Conran) and this attractive market town was the perfect host, catering to around 1700 runners at Sunday’s event. Slick organisation by Immortal Sport and Stroud & District AC; a PB-potential course, enthusiastic crowds and a quality medal contributed to an enjoyable experience for those taking part.

Even the weather played its part with blue skies and sunshine a welcome change as residents came out to cheer the runners on as they set off at 9am from Cainscross Road. They followed an undulating yet fast route around Stroud with a team of pacers among them to help those with a target time in mind to achieve their goals. Many others were running for a chosen charity.

Cainscross Road was the location for the finish as Alex Lee of Cheltenham and County Harriers stormed across the line to win in 1:08:57. Harry Bishop was second in 1:11:30 followed by Lee Stopford of Stroud & District AC in 1:11:49.

There were 1691 finishers who received an unusual medal that works well on its own or joins together with medals from the Salisbury and Yeovil Half Marathons.