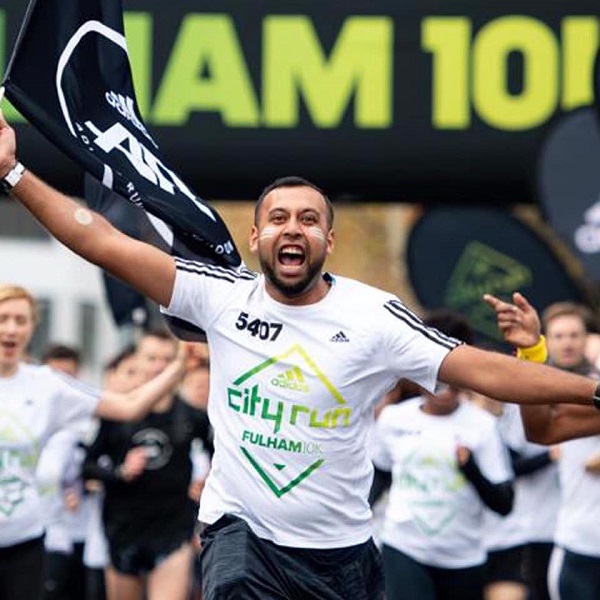 Competitors in the adidas City Run Series 2019 had the opportunity to add to their collection of bling with a shiny gold medal at Fulham 10K on Sunday (17 November). Completion of all three races in the series is marked with the exclusive gold award.

The field was a sea of white T-shirts as each entry includes a technical top with race number. The course, which organisers claim is 'London's flattest closed-road 10K', starts beside the event village at Eel Brook Common and incorporates an exciting loop around world famous Stamford Bridge stadium, home of Chelsea FC – currently riding high in the Premier League.

Among those who were able to dispense with the services of adidas Runners Pace Team were the top three men: William Woodcock (Hercules Wimbledon, 31:47 PB), Tamas Kazi (Hungary, 31:55) and defending champion Markhim Lonsdale (Crook, 32:05).

There was a local winner among the ladies, who were also flying along the streets of Fulham: W40 Jackie Skinner (Fulham, 36:23 PB), Ania Gabb (Dacorum & Tring, 38:48 PB) and Emma Headley (Clapham Chasers, 38:56) – making her 10K debut a day after placing tenth in the London Cross Country Championships at Parliament Hill.

More than 200 stayed ahead of the 40-minute pacer and more than half the field reached the finish line on New Kings Road inside 55 minutes. Free yoga and massage helped ease tired limbs in the event village and free race photos will help participants remember the day they took on the streets of Fulham and won!