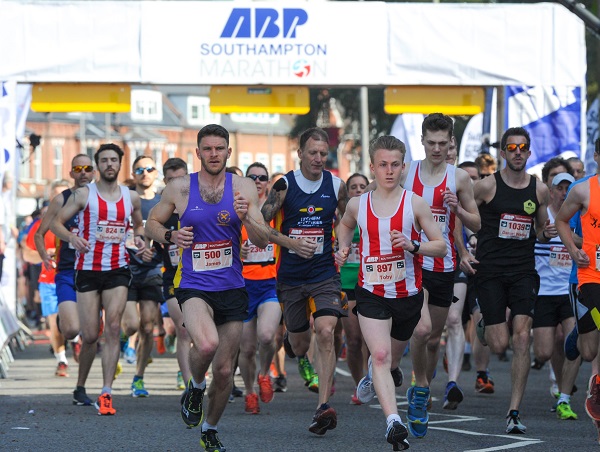 ABP Southampton Marathon organisers lost no time in announcing the date for next year's event and actually pipped Virgin Money London Marathon to the post in confirming Sunday 28 April, 2019 – which will be the same day as London for the fifth consecutive year.

Early bird entries are already open for ABP Southampton Marathon, Half Marathon and 10K. While the longer races proved to be as popular as ever it was the 10K that sold out in record time and race organisers are considering adding an extra 500 places to cope with the demand. If that happens it will become the biggest 10K road race in Hampshire.

A record 10,000 people signed up for ABP Southampton Marathon events this year, which took place on April 22. The event brought an estimated 30,000 visitors to the historic maritime city and boosted the local economy by around £1million.

Race director Chris Rees said: “We were absolutely bowled over by the response to this year’s event and we’re already busy planning 2019, so runners can get their entries in and start training. We’d particularly urge those considering running the 10K to sign up quickly, considering how fast it sold out last year.”

Headline sponsor ABP Southampton's Director, Alastair Welch, said: “We are delighted to see ABP Southampton Marathon go from strength to strength each year. The city of Southampton has really taken this event to its heart and it is great to see so many people getting involved, cheered on by friends, family and the wonderful Mile Makers drawn from community groups across the city.”

Other innovations currently under consideration include the introduction of timing pens, where runners can find out where they’ll be starting from ahead of the starting gun. They’ll also be able to meet their individual target time pacers before the race starts.