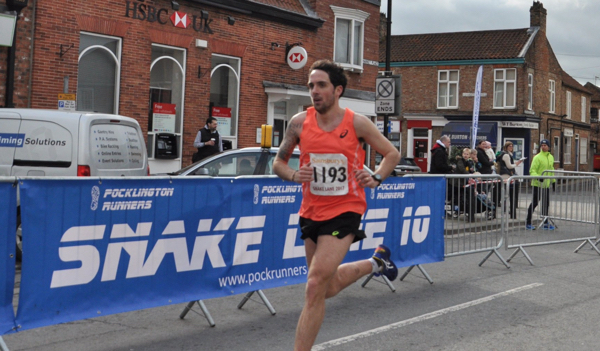 1200 runners will make their way to East Yorkshire on Sunday 24 February for one of the region’s best loved events, the Snake Lane 10. The race, as its name suggests, has a winding course that snakes through the countryside at the foot of the glorious wolds.

Next month’s event, as with previous years, is already a sell-out, with the Snake Lane 10 a big hit for those training for London Marathon or seeking an early season target.

Speaking ahead of the race, Andrew Gill from race organisers Pocklington Runners told runABC North: “Preperations are going well, we are all set for the 28th running of Snake Lane on 24 February. We have once again have a set of pacers for the race at 70, 80, 90 mins.

“This year we have gone all out for runner momentos, these include a tech T-shirt, shoe bag, medal and, of course, chocolate. We have also have a large number of handmade bobble hats to give out as spot prizes on the day. We hope that this year's race will be as popular as ever and is enjoyed by all who take part.”

In the women’s field, Josephine Stone of Middlesbrough Mandale was first to cross the line in 59:23, a shade ahead of York Triathlon’s Helen Wilcock (59:26). City of York’s Emma Ballantyne took the final podium position in 62:52.

Keep an eye out for our race report next month.