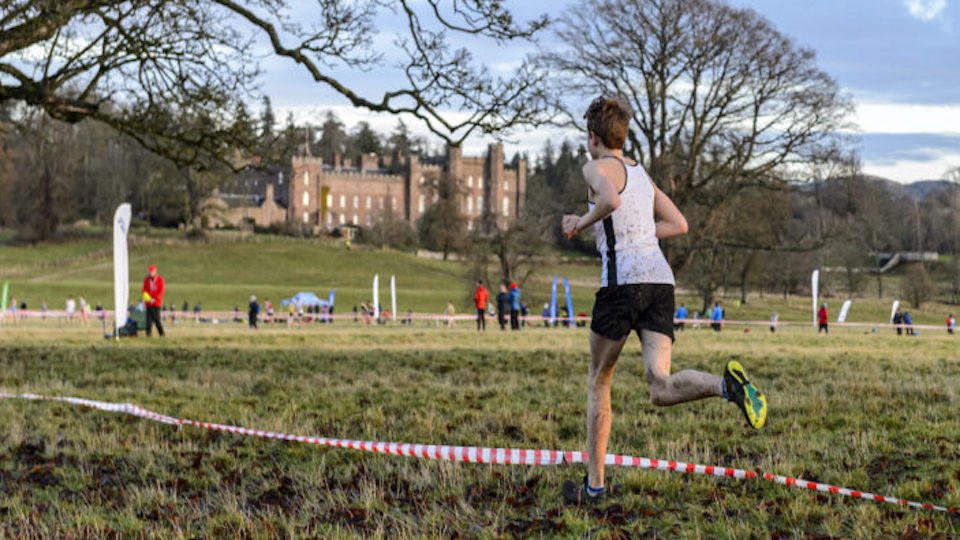 The 2020/21 Scottish cross-country season finally got underway on Saturday with the Lindsays Short Course XC at Scone Palace, Perthshire.

COVID-19 regulations meant that the 250-odd competitors at the restricted-numbers event set off in over a dozen ‘bubble’ races.

The restrictions also meant that, apart from the elite runners given special dispensation to travel from any Tier, many intending competitors could not attend. Spectators were also forbidden. Because of the restrictions, the meet was not considered a ‘championship event’.

The event was a major milestone for scottishathletics. Like other event organisers, the sport’s governing body has also had to get to grips with putting on races in the current climate. scottishathletics’ Event Manager Alasdhair Love, said,  ‘I’m delighted we were able to get the Lindsays Cross Country season up and running at Scone Palace in Perth with the Short Course EX event.’

Speaking of the various restrictions in place, Love said: "I feel we had to try and stage it and learn from it. We feel for those athletes in Tier 4 areas who could not compete but that was beyond our control.

"We set up the protocols for Perth and largely they went well. The 'bubble' system for races worked and so did the separate warm-up areas – these are geared to reducing any contact points between the bubbles."

He added: "I want to thank everyone for their patience and their support. We’ve had a lot of feedback that those who were able to run on Saturday really enjoyed competing and we’re desperate to give people those opportunities."