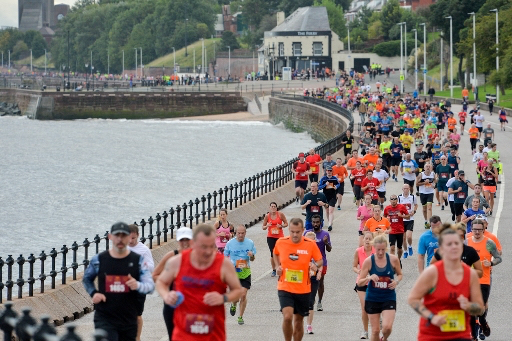 Who could say no to a PB medal?

BTR Liverpool is once again offering participants at the Wirral Half Marathon and 10K on Sunday 8 September the opportunity to add some bling to their collection by providing a PB medal to anyone who is able to improve upon their previous time at the race.

The incentive from race organisers BTR Liverpool has brought added interest to the event, which, despite its relative infancy has grown year on year and has received highly favourable reviews, scooping the prestigious title of Event of the Year 2015 at the Wirral Tourism Awards.

Both races have a fantastic start point at Coastal Drive, with runners moving out along the waterfront as far as the Seacombe Ferry Terminal. Competitors then move back towards New Brighton.

We featured the Wirral Half and 10K as part of our event of the week series, a piece that picked up on how attractive, and fast, both courses are. The event marks the cumulative point of the Whistle Stop of Wirral, a three-day, multi-terrain race series that encompasses 26 miles of Merseyside.

Further information on BTR Liverpool’s Wirral Half Marathon and 10K is available here. Registration for the half is priced at £30 (£28 UK affiliated) and £25 (£23 UK affiliated).