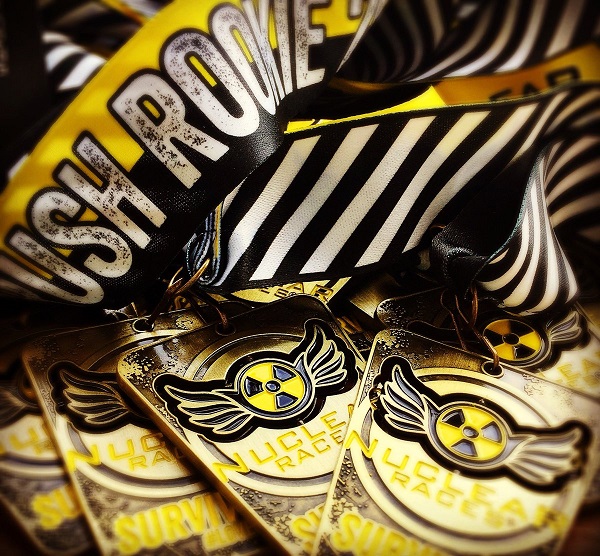 Variety Is The Spice Of Running Life

Off-road seems to be the theme for runABC South fixtures on the third weekend in May. While there are still plenty of opportunities to tear up (and down) the tarmac, we focus on several multi-terrain alternatives, including an award-winning obstacle course event and one of the finest team challenges in the running calendar.

There is no doubt that the fastest 10k times of the weekend will be set tonight at the UK 10,000m Championships and European 10,000m Cup at the unique “Night of the 10,000m PBs” at Parliament Hill on Saturday night (19 May). The home of Highgate Harriers will come alive as thousands of spectators line the track to cheer on their favourites. This will be the first time the European Cup 10,000m will have been held in Britain since it was created in 1997 and former British winners include Paula Radcliffe and Mo Farah.

Nuclear Races, based at Parsonage Farm, Brentwood are this year's National Running Awards OCR series winners. The events are named after the course location: Kelveden Hatch Secret Nuclear Bunker. Not so secret now, of course, as thousands of OCR fans assemble for a two-day festival featuring Nuclear Rush OCR World Championship qualifying races, Rookie Rush races for kids aged 4-14 years and the one and only Oblivion Extreme race up to 60K on Sunday.

For a real test of club spirit and logistics we need to look no further than the 220 mile, 22 stage, 11 person Green Belt Relay starting from Henry VIII's Hampton Court Palace on Saturday morning and finishing at the Hawker Centre, Ham on Sunday evening. Each competitor runs on both days and there are 50 teams entered. Remarkably, the majority of the route is on footpaths, bridleways and towpaths around the capital city. The Stragglers have promoted this event since 1995 and this will be the 22nd iteration of this amazing event.

Finally, we mention a favourite race of Kent-based runABC South reporter, Alan Newman. The Harbour Wallbanger is on Saturday morning around 9:30am from Viking Bay, Broadstairs. The start time is approximate as it depends on the tide! The concept of this fun but challenging 7K race is to select your preferred route across the sand, rocks and seaweed between Broadstairs and Ramsgate, where you will be checked by a marshal as you bang on the harbour wall before racing the tide as well as fellow runners back to Broadstairs.

If none of the above floats your boat, there are around 60 events in runABC South race listings brought to you in association with Sports Tours International