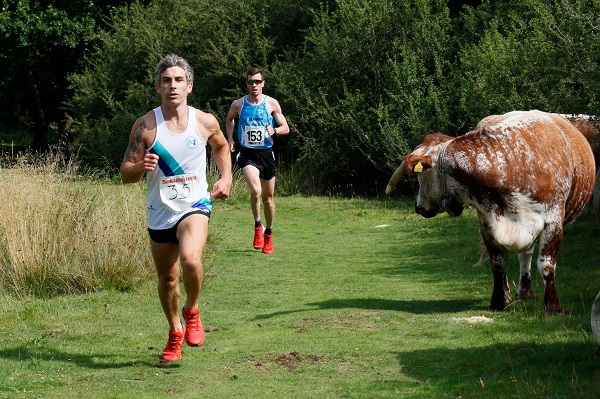 One Step At A Time

It may just be putting one foot in front of the other in a repetitive manner but the sheer variety of running events available to anyone with a competitive bone in their body never ceases to amaze us at runABC South – as a glance at this weekend's race listings will confirm...

Summer may have arrived but that does not seem to matter to several race organisers who have turned the traditional calendar on its head. The normally winter-based sport of cross country features strongly in the fixtures.

Orion Harriers were established in 1911 and have the huge advantage of having Epping Forest at their disposal from their Chingford HQ. Not surprisingly their extensive race programme uses the forest trails and footpaths. On Saturday (9 June) the latest event is one of the Forest Five series that helps raise funds for a much needed clubhouse extension at Jubilee Retreat.

Not too far away at Danbury Country Park near Chelmsford, the Essex 10K Cross Country Series continues with the organisation in the capable hands of The Race Organiser. This is the second of five races at five different venues and each race can be entered separately if you are unable to commit to the whole series.

On Saturday and Sunday, for anyone looking for a tonic, there is the Secret Gin Run that celebrates London's thirsty history with the juniper flavoured beverage. The Punch Tavern, Fleet Street is the launch pad for an educational and fun 10K run/walk that concludes with a G&T or gin cocktail at an authentic (but secret) gin palace.

Phoenix Running presents a rather different challenge involving stamina, determination and concentration as runners are invited to complete as many 5.3K loops of the Thames Path at Walton-on-Thames as possible within six hours. Saturday's offering is the Black Phoenix Run starting at 4:30pm and going into the night, while on Sunday morning the Thames Path Potter is a wizard event celebrating all things magical – fancy dress is actively encouraged!

Of course, six hours is a mere bagatelle compared to the efforts of the Mizuno Endure 24 competitors at Wasing Park Estate, Reading. Described as 'Glastonbury for runners' this event is a 24 hour running party in the woods with music, entertainment, live results and a busy campsite atmosphere as individuals, pairs and relay teams ultra-run their way through the day and night.