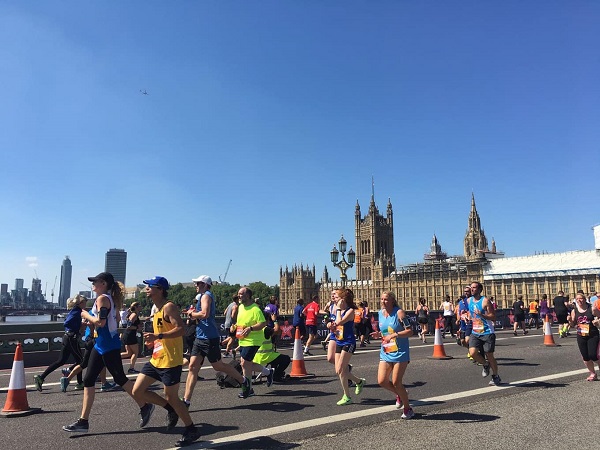 London's Streets Echo To The Rhythm

Dame Kelly Holmes was among more than 160 athletes inside 40 minutes at the Virgin Sport British 10K on Sunday morning (15 July). London's streets echoed to the rhythm of live music and the slap of 12,000 pairs of trainers as Dewi Griffiths and Rachel Felton raced to victory.

The Athens Olympic double gold medal winner ran as ambassador for West Kent Mind and many of the 11,384 finishers were driven on by the thought of raising funds for charity. That incentive, along with the street entertainers, musicians, DJs, volunteers and cheering fans on the course were vital elements in ensuring an enjoyable experience for so many on a hot day.

The statistics of this race are impressive. There were 1,600 runners inside 50 minutes and half the field finished in a little over an hour. Two men ducked under the half hour barrier and the women's champion reached the finish at the Cenotaph just over five minutes later.

Leading the procession was Dewi Griffiths (Swansea, 29:41) who had prised a precious nine seconds gap over Matt Sharp (Team Spy, 29:50). Ian Kimpton (Luton, 30:08) was a close third ahead of Josh Griffiths (Swansea, 30:26) and defending champion, Scott Overall (Blackheath, 30:35) – who ran 30 seconds faster than last year to underline the quality at the front.

This year's race celebrated the centenary of British women gaining the vote and Virgin Sport British 10K teamed up with UN Women UK to create 'Westminster 100' to raise funds to help women across the globe achieve voting equality.