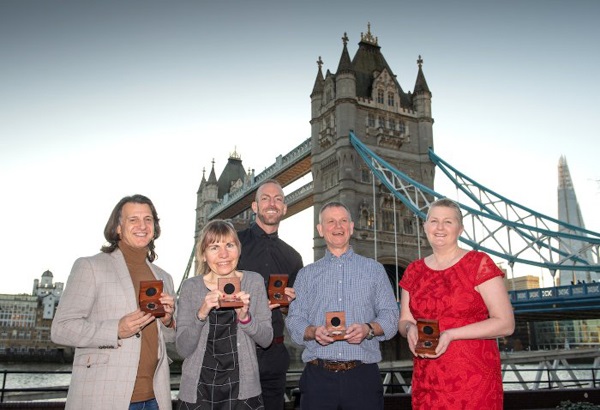 Spirit of the London Marathon Awards

Scott Mitchell, who inspired eight members of the EastEnders cast to run the 2019 Virgin Money London Marathon and helped to raise a record £4 million for Dementia Research, was one of the inspirational runners to receive a 2019 Spirit of The London Marathon Award.

London Marathon passed a world-beating landmark in the history of the world’s greatest marathon as charity fundraising reached £1billion! For the 13th consecutive year London Marathon set a world record for fundraising at an annual single-day event, with an astonishing £66.4 million raised for charity.

It is against this backdrop of wonderful altruism and amazing physical endeavour that VMLM launched its Spirit of London Marathon Awards in 2018 and there were six new inductees this year led by Scott Mitchell, husband of long-time EastEnders actor and national treasure, Dame Barbara Windsor, who was diagnosed with Alzheimer’s disease in 2014 and has been living with dementia for five years.

Mitchell said: “When I entered the Virgin Money London Marathon, I was not a runner. I just wanted to do some good. I did it with a team as well, so it wasn’t just me. To be among the other winners, who are just incredible, is really moving. I’m absolutely overwhelmed to have been awarded a Spirit of The London Marathon Award.”

Spirit of London Marathon Awards 2019 also went to the following (pictured left to right above with Scott Mitchell):