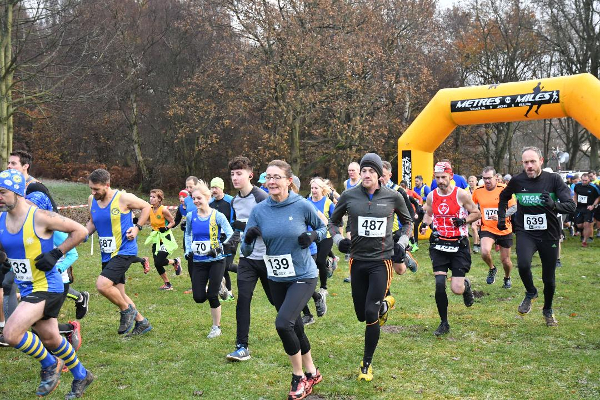 Sherwood Forest’s Major Oak - that sheltered Robin Hood and his Merry Men, was a focal point at Sunday’s (1 December) Edwinstowe 10K Trail Race. There were a few muddy sections to contend with but, thankfully, no Sheriff of Nottingham.

Over 500 merry men and women took part in the Edwinstowe Christmas 10K Trail Race organised by Run2U Events. Now in its 14th year, this festive race with its tracks and trails through Sherwood Forest never fails to delight and the hills aren’t too severe. Many of the participants wear Christmas-themed outfits that add to the atmosphere of this friendly and supportive race.

The home of Robin Hood is also used for the Sherwood Pines 10K and a Night Run along with Clumber Park – which host welcoming, enjoyable and scenic trail races for runners of all abilities.

It was the same at Edwinstowe. A well-marked course on bridleways and footpaths which included The Major Oak, enthusiastic marshals who cheered everyone on and cold yet dry conditions. In other words, perfect for running.

Gareth Lowe of Clowne Road Runners hit the target, winning the 14th Edwinstowe 10K in 35:08. Thomas Shaw of Worksop Harriers was second in 36:48, beating Lowe’s teammate Jordan Street who was third in 37:38.

There was an equally sharp win for Helen Burrell of Redhill Road Runners who was the first female in 41:45. Kate Morris of Steel City Striders took second place in 42:50 with Carla Gibbons of Totley AC third in 43:36.

Race director David Corbett thanked all the runners, volunteers, event partners and sponsors who together with charities, sports clubs and organisations made it happen.