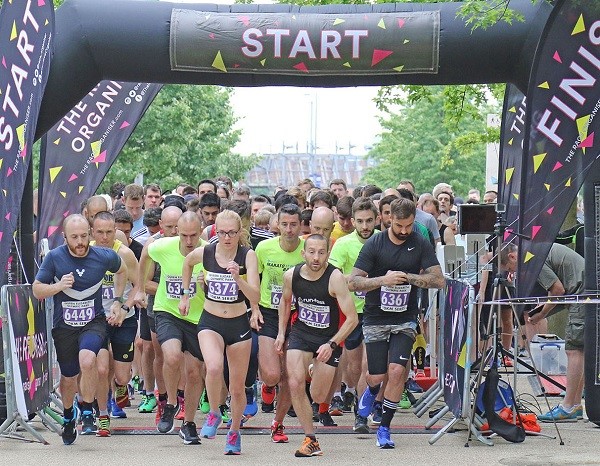 The Race Organiser is clearing out the 2019 stock of races to make room for the shiny new 2020 portfolio. Now is your final chance to grab a bargain ticket for some of the best races around before the store closes for end of year stocktaking.

Runners in London and the South East need look no further than The Race Organiser for their last chance of a PB or other notable performance in one of the Royal Parks, beside a famous waterway or at an iconic motor racing circuit – with or without traditional festive garb.

This month's highlights include Victoria Park 10K and Half Marathon (10 November). Good things, like PBs, happen on East London's flattest, fastest course. The wide, tree-lined, super smooth tarmac pathways could have been commissioned by Eliud Kipchoge!

On the same day there is a glorious point-to-point 13.1 miler between Uxbridge and Watford. Grand Union Canal Half Marathon celebrates all that is great about running beside an historic waterway. Grand Union Canal is the longest canal in the UK, stretching for 137 miles, with 166 locks, connecting London and Birmingham since 1929.

Next, we turn the spotlight on the F1 Grand Prix circuit at Silverstone on 24 November. Back after a two year absence there are races at 5K, 10K and Half Marathon at the world famous venue. There is also a Family Mile to ensure all ages can experience the thrill of motoring round Silverstone and refuelling at the race village afterwards.

Next month starts with the final Regent's Park Winter 10K Series race on 1 December. Frequently producing the fastest times of the London Royal Park courses, this race is organised on behalf of Mornington Chasers and has a homely feel despite more than 100,000 finishers to date. Part of the course runs alongside London Zoo where lucky runners may spot camels, giraffe and big cats – which might propel them towards the finish line a bit quicker!

Queen Elizabeth Olympic Park is calling all runners for the last time this year on 7 December. Fields for the 10K Series here often number around 500 and there are no more inspirational venues than the site of the London 2012 Olympic Games. On the same day you can dress as Santa for the Walthamstow Santa Dash 5K. A mere £8/£10 will get you a race number, free Santa suit, mince pie, goody bag and a Santa-themed medal. Yule be sorry if you miss out!

To enter any of these events visit The Race Organiser here