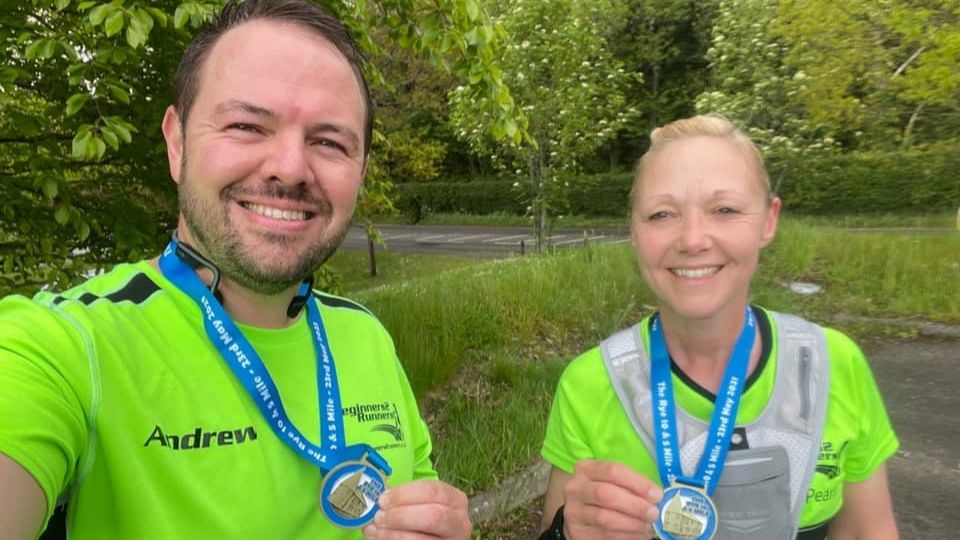 There was plenty of experience at the head of proceedings in the 10th anniversary Rye 10 and 5 races from Peasmarsh village centre on Whit Sunday (23 May). In the longer race in the Rother district of East Sussex, there was only one male athlete in the top ten below 40 years old!

The runABC South featured race drew 230 to the race HQ in the car park of Jempson's supermarket – an increase of 70 competitors over last year as runners continue to gain confidence in Nice Work's Covid-secure arrangements and the easing of coronavirus restrictions since March this year.

M40 Jon Clays (Brighton Phoenix, 59:11 PB) and M45 Ben Hebblethwaite (Ashford AC, 59:58 PB) were the only athletes inside the hour on this hilly course as the wind howled across any exposed sections and a fast run was needed to beat the rain showers that followed. Tom Wells (ROC Runners, 1:02:30) was the only youngster in the top ten – a mere stripling at under-23.

The half-distance 5-miler attracted 65 competitors and the winners were Will Withecombe (Hastings Runners, 33:46) and W35 Rebecca Holdaway (Eastbourne Rovers, 34:50). Rebecca was third overall and there were PBs for both winners despite the testing conditions.

The events were well received and among the many comments on social media was this summary from Anna Vidler (51:19 in the 5 miles): “Thank you to all the organisers and especially all the lovely friendly marshals - they really do make a difference when you’re struggling up the hills. Thank you to Jempson's for opening the car park up too. Got back before the rain too!”

Meanwhile, looking pleased with their Rye 10 medals, were Beginners to Runners' Andrew Moore (1:29:10) and Pearl Manser (1:31:51) in their selfie posted on Nice Work facebook