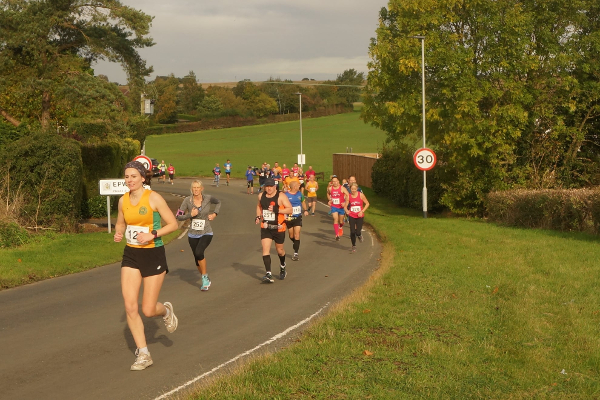 Spirited team effort at Isle of Axholme Half Marathon

Runners old and new battled strong winds along the River Trent at the Anna Verrico Isle of Axholme Half Marathon (Sunday 20 October). They ran in honour of an indomitable lady...

Organised by Metres To Miles and Racing Team Dawson Events, the Anna Verrico Half Marathon & Relay was held in blustery conditions that required determination! Some were running a half marathon for the first time whilst others were targeting a PB - all of which took place on a fast course including hills in the scenic Lincolnshire countryside.

The race was dedicated to Anna Verrico who was diagnosed with triple negative breast cancer in 2012 but was determined to beat it and fought hard right until the end. She sadly passed away in November 2013.

Team Verrico – motto 'never give in' – was set up after her death to help fund research into triple negative and other cancers and support people dealing with a cancer diagnosis. There was the option at this half marathon to enter at a discounted price in return for a pledge to raise a minimum of £50 for the charity. And wear the Team Verrico pink T-shirt with pride.

It was a successful day for Paul Verrico who finished in 1:48:15 – a PB by two minutes. His son Alessandro won the Fun Run and daughter Lucia was the first girl.