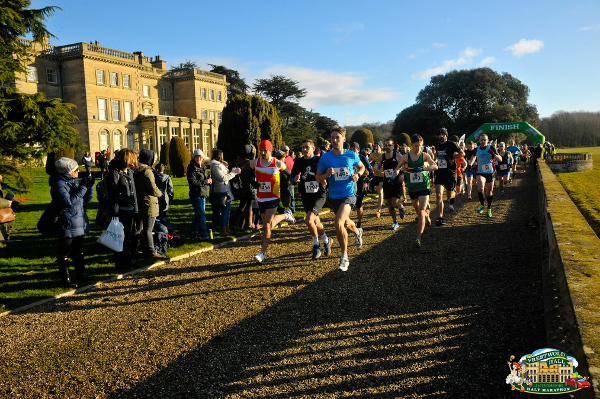 Swinging Into Action At New Leicestershire Half

There was music and movement at the first Leicestershire Half Marathon on a wintry MIdlands morning yesterday (11 February) as the dulcet tones of a saxophone kept the running tempo going.

Bright sunshine followed by icy winds and hail formed the backdrop to this new event held at the elegant Prestwold Hall country house. The latest offering from RunThrough Events, it was a crowd pleaser in many ways with the marshals singled out for mention. Their enthusiasm, along with the constant encouragement from the man on the mic, was appreciated by all the entrants as they raced in challenging weather conditions. The saxophone player was a nice touch, serenading everyone as they went past.

The runners set off from Prestwold Hall at 9.30am and followed a fast course that included partially closed roads and two circuits of its motor track. This was followed by a final section on gravel to the finish at the Hall.

The event partnered with MOVE – a charity that supports children and young people with cancer and uses sport and exercise to help them cope during and after treatment. Many people were fundraising for this and other charities.

Nearly 1200 runners completed this inaugural race and were presented with T-shirt, medal and delicious flapjack at the end.

Photo courtesy of Leicestershire Half Marathon.