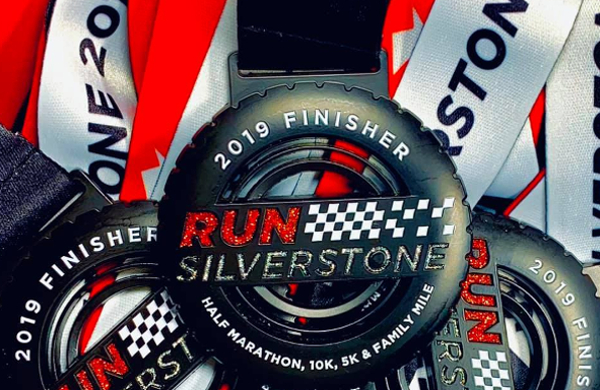 There was va va voom aplenty at Sunday’s (24 November) Run Silverstone as participants lapped it up at this iconic venue. They were rewarded with a ‘wheely’ good medal and other goodies.

The home of the British Grand Prix, Silverstone played host to a different type of event, one that relied on human rather than mechanical action. Hosted by The Race Organiser it provided runners with the opportunity to ‘motor’ around this classic F1 circuit, refuel via the pit stops (water stations) and be paced to a PB on a smooth, traffic-free surface.

A choice of a Family Mile, 5K, 10K and Half Marathon meant there was a race for everyone and all supported by friendly, enthusiastic marshals. There was a choir and fireworks at the start and a steel band along with a cheer squad on the course providing motivation and entertainment in equal measure. A display of sports cars added to the enjoyment.

James Dale of Worcester AC was the winner in the 10K, crossing the line in 34:03; Cat Cummings of City of Norwich AC was the winning female in 38:41.

Kieran White of Hercules Wimbledon AC was first home in the 5K in 16:40; Louise Balloch of Daventry RR was the first female in 19:24.

Whilst there wasn’t any champagne to spray around there was, however, a souvenir medal that deserved its own podium, technical T-shirt and refreshments for all the finishers.

Entries have opened for the 2020 Run Silverstone event. Visit The Race Organiser website for details.