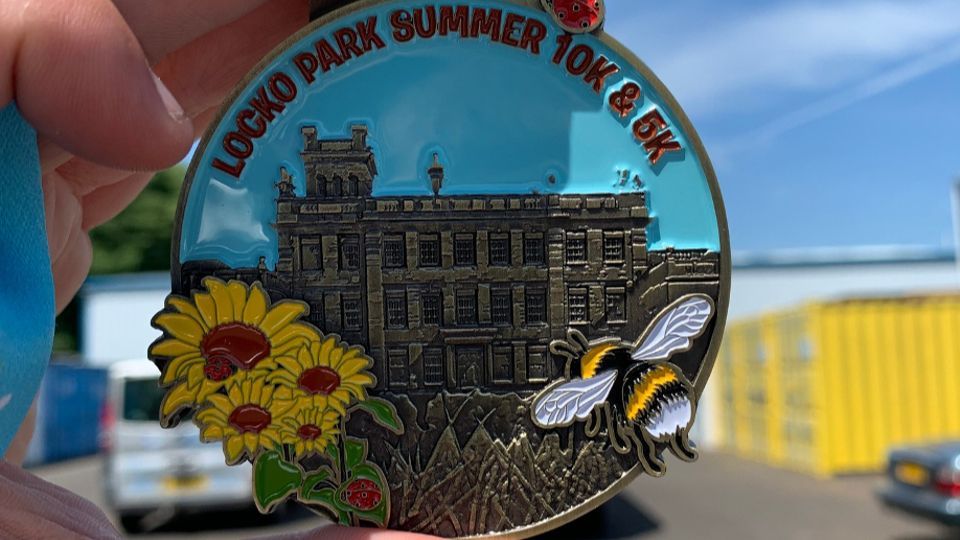 New event with a choice of two distances in a beautiful estate.

The Locko Park Summer 5K & 10K makes its debut this Saturday (18 June) with a stunning route and a customised medal to look forward to. Organisers Nice Work are hoping to capitalise on the success of the Christmas version of this event that was well received by all.

Locko Park is home to an 18th century country house and formal gardens contained within an Estate which is usually closed to the public. Participants are fortunate to have access to this area and its many sights and sounds to enjoy as they make their way around the course.

There is a Kids 2K Race at 9.30am, giving youngsters the opportunity to compete against each other in these surroundings whilst being cheered on by the adults. They will receive a medal for their efforts.

This is followed by the 5K & 10K races at 10am – both of which start and finish in front of the stately home. The pace will be anything but stately as they speed away at the start and continue along an undulating route on paths, trails and grass around the lake. If the mini heatwave is followed by rain, a shoe with a decent grip is advisable.

They'll run a 1.5 mile loop (5K) or three loops (10K) on a fully marked and marshalled course then a sprint across the line where they will be applauded by the Nice Work team. There are trophies for the leading runners, age group prizes, bespoke medals and goodies for all finishers.

It should be a grand day out for a run in the sun.