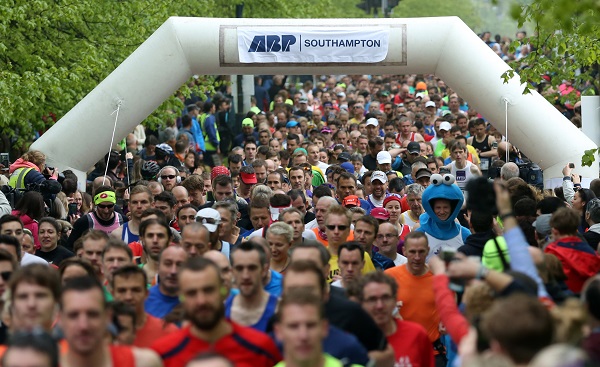 Finger Of Fate Focuses On Southampton

London's attention seeking sister Southampton is making some noise on the same day that the capital closes its roads and opens its heart to 50,000 marathoners. While London will surely grab the headlines, around 10,000 runners will head for the Hampshire seafaring city for the ABP Southampton Marathon and Half Marathon.

Southampton is 69 miles south-west of London and the closest city to the stunning New Forest, which is England's newest National Park. The London and Southampton Railway, completed in 1840, linked the two great cities and facilitated world-wide trading.

Fun fact: Southampton played a major role in the success of fish fingers. American entrepreneur Clarence Birdseye II tested herring and cod sticks on shoppers in Southampton. Customers loved the cod sticks, which became known as fish fingers and were introduced across the country.

Now Southampton’s economy could be set for a £1m boost on Sunday, April 22. That's an awful lot of fish fingers! While the event falls on the same day as Saints’ FA Cup semi-final against Chelsea at Wembley, organisers are confident the city will be as vibrant and bustling as ever, with an estimated 30,000 spectators in attendance.

Organiser Nikki Rees said: “There’s a great deal of excitement among runners, residents and business people in the city. We know there are thousands of people preparing to come along and cheer on the runners. Between our event and Saints’ game, it’s set to be ‘Super Sunday’ for the city of Southampton.”

In addition to the runners and spectators, an army of more than 850 volunteers will help make the ABP Southampton Marathon a success. Sunday’s programme features a 10k, half marathon and children's mile fun run as well as the full marathon.

Among those preparing to take part are Carlo van Leeuwen, attempting a world record by pushing his friend in the half marathon in a wheelchair; Devizes firefighter Jake Brown, who is running the half marathon in full firefighting kit and Ordnance Survey Get Outside ambassador Gus McKechnie, who has cerebral palsy and will undertake the marathon using hiking sticks. This could also be the year that charity runners breach the £1 million fund raising threshold.

Look out for our race report online in runABC South next week.