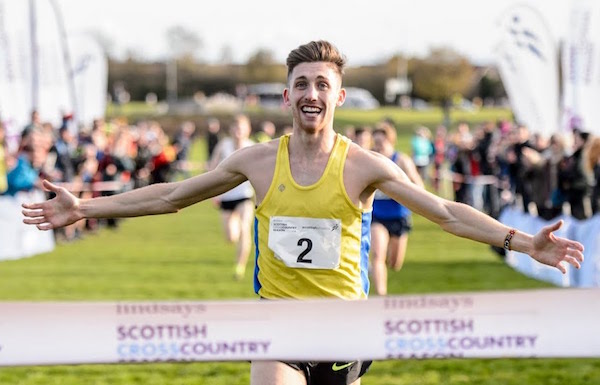 Sky's The Limit For LindsaysXC

Drone footage of the Lindsays National XC at Falkirk is set to bring coverage of the event to new heights. Saturday’s (24 February) fantastic day of racing has attracted 2252 athletes across a jam packed nine race schedule.

Club’s from across the country will compete at Callendar Park and scottishathletics believe this will be the first time a national championship event in Scottish sport has had this kind of exposure. Previous coverage of the event has attracted 20,000 views over a period and it’s hoped the enhanced coverage this year will surpass that figure.

An experienced drone pilot from UAS Flight Ops will join the team from Vinco to bring viewers closer to the action and in addition to Vinco’s usual highlights videos, the team will also be producing an ‘as live’ online broadcast on the evening of the event, from 7pm, full on demand highlights will also be made available, as well as the live player’s DVR, which allows you to rewind the footage and watch from the beginning in your own time.

The drone, operated by an experienced, Civil Aviation Authority-permitted pilot, will fly over the golf course area in Callendar Park, working in tandem with traditional camera operators on the ground.

Last year Olympian Callum Hawkins and Scotland international Morag MacLarty stormed to victory across the mud of Callendar Park – on a day that captured the very best of sport.

Hundreds of club athletes battled team-mates, opponents and the elements at Falkirk in the contests for podium places and 'hoped-for' times.

scottishathletics Head of Communications, Peter Jardine, said: “We’re really excited to step up our coverage of this flagship event this year by introducing these innovations.

“We hope adding both drone footage and a same day as-live broadcast will add to the excitement and sense of occasion that already surrounds this fantastic day of athletics in Falkirk. With Falkirk a central location for many clubs in Scotland, I would envisage many of those competing and their supporters getting home late afternoon and then enjoying the action for a couple of hours from 7pm – watching family and friends.”

The 'as live' broadcast of the Lindsays XC will begin at 7pm on Saturday 24 February. Results from the races will be published over the weekend on our Race Listing Section.