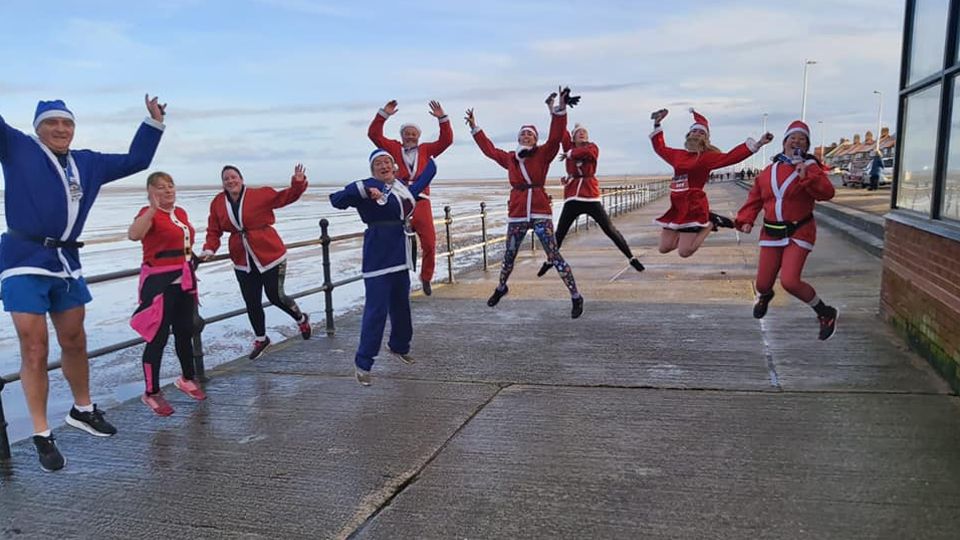 Santa Dashers make it a virtual run to remember

Red and blue support at the Virtual Santa Dash

Red and blue Santas were spotted around the region as they dashed virtually over 5K, determined to enjoy themselves in spite of Covid-19 at an event that has become an annual favourite for many runners. Organisers BTR Liverpool were delighted by the turnout and grateful for the support shown by the participants who got into the festive spirit in a very different Christmas this year.

The normal BTR Liverpool Santa Dash was unable to take place due to the pandemic and the impossibility of hosting a large scale event in the city centre with social distancing measures in place. Sad news for families as well as individuals who always look forward to this festive 5K that gets everyone in the mood for Christmas. The event also raises funds for charity.

All was not lost however. BTR Liverpool capitalised on the growing interest in virtual runs by switching to this format, ensuring their event could take place to the delight of its fans and for the benefit of eight worthy causes. The Virtual Liverpool Santa Dash was coming to a town near you...

Solo, pairs or a socially distanced group of six or in the case of Meols Milers, two socially distanced groups completed their 5K on routes of their choosing. The Santas stepped out in Southport, Hunts Cross, Crosby, Wigan, The Wirral, Liverpool City Centre and other areas and a good run was had by all judging by photos on social media and BTR’s online gallery.

Their efforts were appreciated by Alan and Yvonne Rothwell who said: “It is reassuring that after such an awful year on so many levels there is still tremendous support out there for the BTR events.” They thanked everyone who took part and look forward to the live Santa Dash in 2021 from its spiritual home at the Pier Head, Liverpool.