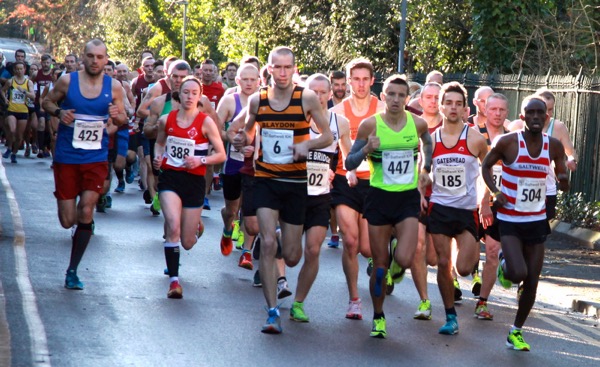 This weekend's Ronnie Walker Saltwell 10K will see Olympic and Commonwealth Games representatives Aly Dixon and Sonia Samuels go head-to-head for the first time since they last locked horns earlier this year in Australia. The pair will be part of a 600-strong field for an event that is billed as the country’s oldest road race.

Samuels and Dixon were in competition in April at the Commonwelath Games Marathon with the former coming out on top, taking fifth in 2:36:59, with Dixon crossing the line one place behind in 2:38:19.

Despite being based in Loughborough, former Wallsend Harrier Samuels often returns to her roots, iand took gold at the North Eastern Counties Cross-Country Championships in Redcar and top place at the Blaydon Race earlier in the year.

While Samuels, who now competes for the Manchester-based Sale Harriers, will be eager to retain her Saltwell crown, Wearsider Dixon has tasted success at the event on five separate occasions.

Naturally, an excited Saltwell Harriers' race director Keith Wood, is delighted to have two of the country's leading endurance athletes on the start line on Saturday. He told runABC North: "Both Ally and Sonia have been at the forefront of women's marathon running in the UK for a number of years now.

“We feel it's something special that they will go head-to-head in our race. It would be nice if either, or both, could dip under the course record to make it a extra special occasion.''

While the women's contest is set to take centre stage, organisers have been inundated with requests for an entry from most of the region's leading male athletes. "The prize money on offer this year is far greater than ever before thanks to the generosity of Fentimans who's founder Arthur Fentiman was a Saltwell Harrier and North East sprint champion in the 1920s.”

Saturday's action gets underway at 11.30am with the course set in and around the grounds of Saltwell Park.