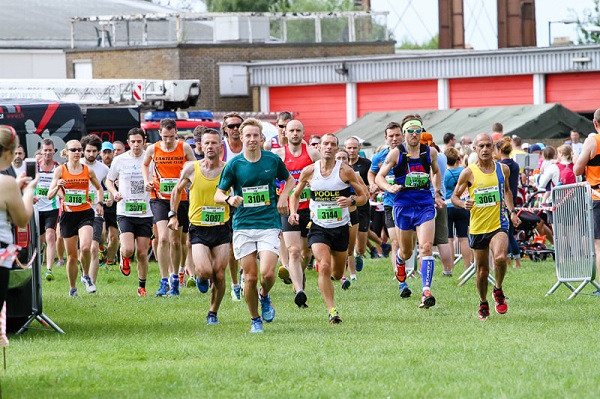 Competitors fired up for Salisbury 54321

The top competition for the weekend in the runABC South area is the Salisbury 54321 Wessex Trail from the Race HQ at Salisbury Fire Station. More than 860 runners and walkers took part in the programme last year and organisers hope to exceed 1,000 on Sunday (11 August).

Last year's highlights included overseas visitors from the USA, Australia, New Zealand and Germany, while the age range among participants was from 84 down to 4 years old.

All levels of ability and ambition are catered for at Salisbury 54321, with 5K and 10K walks, plus long distance trail races over 21K, 33K, 42K or 50K ultra-marathon – something for everyone.

The routes for all races are on footpaths, bridleways and quiet country roads, taking competitors past sites of historical and scientific interest and through Country Estates not usually open to the general public.

This year's special guest competitor is Wiltshire police officer Detective Sergeant Nick Bailey, who will be fundraising for Salisbury District Hospital Stars Appeal as a way of saying thank you for the outstanding care he received in the wake of the Novichok poisoning attack that shook the city in 2018. DS Bailey will be celebrating his recovery by tackling the full marathon on Sunday, with a fundraising target of £15,000. Visit his Just Giving page here to donate.

Two new course records were set last year by Stephen Reid (Basingstoke and Mid Hants, 1:24:07) in the half marathon and unattached athlete Jack Oates (2:06:34) in the 33K trail run.