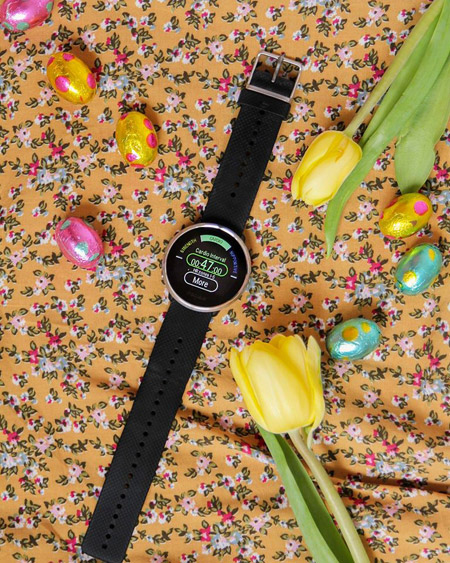 Two weeks ago at the start of the lockdown runABC, reported that Social Run Group (SRG), the popular nationwide network of free weekly runs organised via Up & Running stores, had migrated to the virtual world. Now inspired by the improving weather the SRG team has announced a #RunSpring Challenge.

As the sun starts to put in a more regular appearance along with spring blooms, the first #RunSpring Challenge was launched (Monday 6 April). The first week's item to hunt down is spring flowers!

The Social Run Group (SRG) team told runABC: "We are excited to announce a new challenge for our #virtualSRG throughout April. We are calling it our #RunSpring Challenge. We will announce a new item every Monday in April, for participants to hunt down, while or after they have exercised, and capture an image of.

"You can either find the item on a run, or you might need to get creative at home or on exercise to find something that fits the bill!"

Apart from the reward of being involved in a fun challenge, Social Run Group has a Polar Ignite watch to giveaway at the end of the month. This prize will be chosen at random from Challenge participants.

It’s very simple and everyone is welcome! Don’t forget to share, tag and follow @socialrungroup (on all platforms). Post your photos to share your spring moment and be in with a chance of winning a great prize.