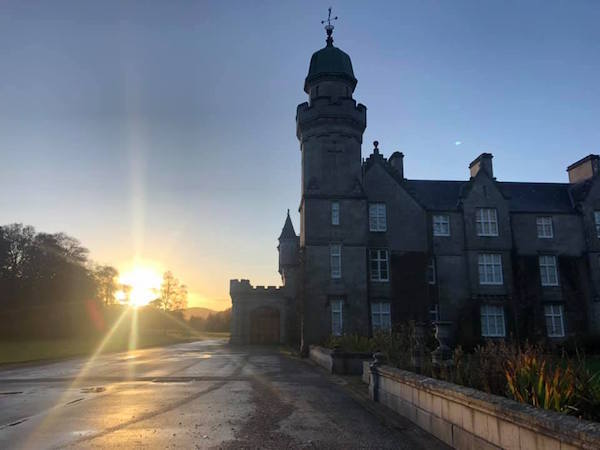 Running the Highlands hangs up its trail shoes

After nearly 15 years in business, Running the Highlands has announced that November’s training weekend at the Balmoral Estate was to be its last event.

The news will come as a disappointment to the hundreds of runners from around the world who’ve been lucky enough to have enjoyed one of the company’s Highlands running tours or training weekends.

Owner Neil Stewart told runABC Scotland online, “There really wasn’t one thing that led me to make this decision; it was many things.

“I’ve been injured, one way or the other, for the last 10 years. My knees have been getting progressively worse, and now they’re knackered. For the last 18 months I’ve not been able to run at all, which has not been great, as for me so much of RTH was about being able to run with folk.

“A lot of people have urged me to keep going, but as a few of the hotels we use have closed too, it just seemed the right time to bring things to an end.”

Although RTH was very early to the market in offering guided runs and supported challenges – like their Run Across Scotland – the company was perhaps best known for its Training Weekends: a mix of workshops, guided runs and expert talks held on the Balmoral Estate.

Over the years Stewart welcomed some of the biggest names in athletics and distance running to Royal Deeside, from Boston Marathon pioneer Kathrine Switzer (‘incredible … one of the best talks I’ve ever heard from anyone from any walk of life’), Ron Hill (‘very different, very down to earth, and very much his own man’) and Charlie Steading (‘he broke the Olympic marathon record and won the London Marathon’), to former chief of UK Athletics and world 5000m record holder Dave Moorcroft OBE MBE, Irish athletics legend Sonia O’Sullivan and ultrarunner Susie Chan.

For the last-ever training weekend Stewart invited many of the Aberdeenshire-based athletes whose experience helped to make RTH such a success over the years, including Scottish marathon great Fraser Clyne, Commonwealth marathon bronze medallist Robbie Simpson and Mel Edwards MBE, whose death just before the weekend made the end of RTH all the more poignant.

Stewart said: “Mel had been involved with RTH from the beginning. I didn’t know him myself when I started, but I was told to get in touch with him. I did, and we hit it off right away. It was through Mel that I met some of the speakers who’ve joined us over the years.”

Reflecting on the last 15 years Stewart said, “It’s been fabulous. We’ve been so lucky with all the guests we’ve had. We’ve also had the best clientele, with many people coming to RTH again and again.”

Stewart wouldn’t be drawn on what’s next for him, but if its anything like Running the Highlands, it’s sure to be a success.