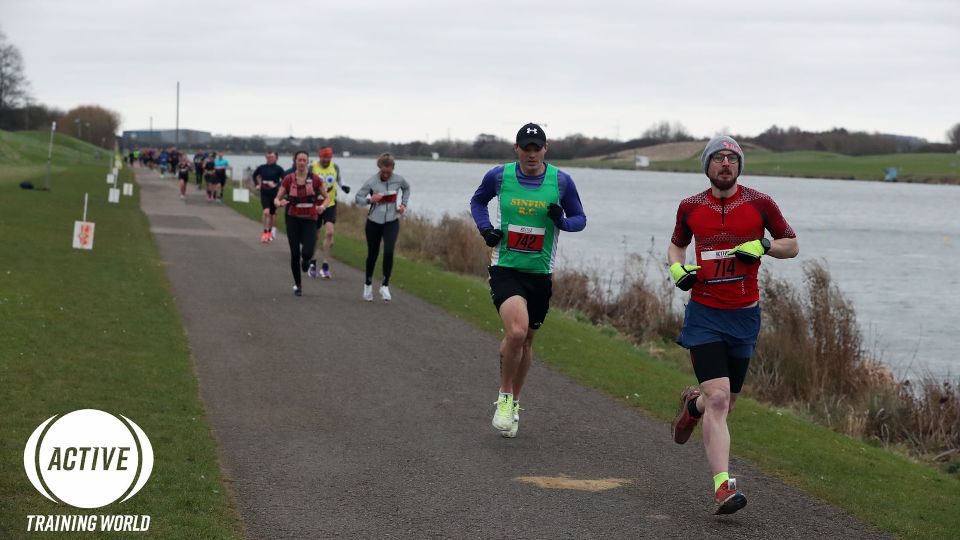 Fast course with a lakeside view was the main attraction.

It was seconds out, round two for Sunday’s Nottingham Holme Run (13 February) and the traffic-free, pancake-flat course – perfect for a PB or someone new to the three distances. However, the gusty weather made it extra difficult for the PB chasers.

It was more than blowing a bit at Holme Pierrepont Country Park, home to the National Water Sports Centre and the venue for the second outing of this event, consisting of a 5K, 10K and Half Marathon. Organised by Active Training World on a chip timed, officially measured course that went around the regatta lake with the lack of elevation making it ideal for anyone running with a pushchair/buggy.

Whilst the event was held at the National Water Sports Centre, everyone stayed on dry land and determinedly completed their laps despite the conditions, pausing at the water station after each lap to rehydrate before continuing.

Richard Gibbs of Skegness and District RC won the Half Marathon in 1:14:09; Hannah Stewart of the University of Nottingham Triathlon Club in 1:26:40.

Patric Clark of Notts AC was the winner in the 10K, finishing in 34:56; Natalie Bunce of Holme Pierrepont RC the winning female in 39:33.

In the 5K, Alex Hampson of Mansfield Harriers took first place in 14:59; Barbara Stevens of Redhill Road Runners was the first lady in 23:51.

All the results from the three races are available to view via the runABC Midlands Race Listings page.

Finishers received a lovely medal, race goodies and free photos and, if they achieved a PB, a little something extra to celebrate on Valentine’s Day.